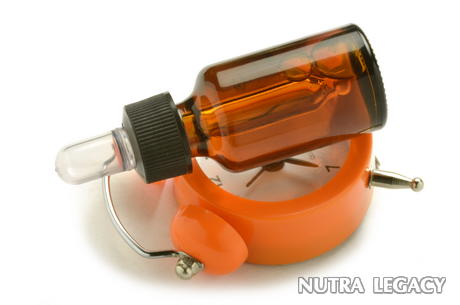 The body’s internal mechanism works to perform and sustain various functions all of which aid our overall good health and wellbeing. Certain hormones are known to play a fundamental role in facilitating the workings of the internal body clock. This in turn ensures that routine body functions such as sleep, digestion and bowel movements are enabled in a natural and synthesized manner which then factors in our overall wellbeing. Scientific research has shown that melatonin hormone plays a crucial role in normalizing irregular sleep patterns in completely blind people and others who may experience sleep disorders. The hormone has also proved extremely useful in addressing cases of inflammatory bowel disease. The following discussion examines how melatonin achieves these functions.

Melatonin secretion occurs in the pineal gland found in the recesses of the brain. Besides being found in the brain, it is also manufactured in the digestive tract.

Use of Melatonin in Treating Sleep Disorders

It is only recently that scientists have conclusively determined the role of melatonin as an effective strategy in insomnia treatment. Research has shown that the pineal gland is the primary organ responsible for maintaining the internal body clock associated with sleep. For a long time, the functions of the pineal gland in the brain were not understood and scientists regarded it as irrelevant as the appendix. The hormone is now widely used as a nutritional supplement in aiding better sleep.

Some people have difficulty falling asleep at the desired time and end up sleeping much later but upon rising find themselves plagued with fatigue and drowsiness. The hormone has proved highly effective in controlling these sleeping disorders. Other people who may struggle with sleeping disorders and to whom melatonin can be useful are those affected by jet-lag and those whose work schedules are subject to rotation.

The secretion of melatonin hormone is linked to the length of the night. It is produced in greater quantities at night than daytime hours. Where the night tends to be longer, the secretion process is extended. It has also been determined that secretion declines remarkably with age. When given during the day, melatonin causes drowsiness. If using it at nighttime to facilitate sleep, make sure you stick to a regular time every night as fluctuations in the time taken disrupts its efficacy. It is advised to skip a dose should you forget or are unable to take it at the same time every night and resume at the same time the next night.

Dosage taken varies although the tendency is for younger people to take less while older people who are usually more afflicted by sleeping disorders take larger doses.

Melatonin has proved useful as a treatment for abdominal disorders. Many sufferers of inflammatory bowel disease tend to experience disruptions in their sleeping pattern because of the abdominal discomforts they struggle with. Research studies have shown that the hormone has a beneficial effect on the intestinal lining and counters inflammations. It also acts as an antioxidant and improves circulation and stimulation of the gut lining.