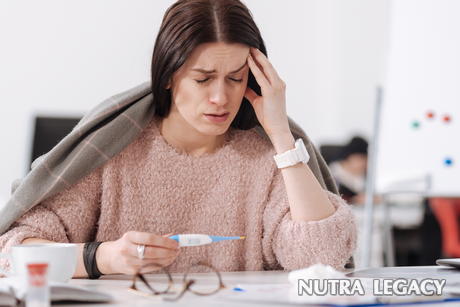 One of the most common lung infections is bronchitis which often develops in conjunction with an ordinary cold or the flu. However, many people are left wondering: is bronchitis contagious? The answer can be a little trickier to answer than you might imagine. First, you need to understand how bronchitis begins.

The bronchial passages are passages that allow air to enter the lungs from the trachea. Even under normal conditions, these passages are coated with a mucous membrane. However, if you have bronchitis these membranes become inflamed and that makes the mucous become thicker so the passage is narrowed. That makes it more difficult to take in enough oxygen into the body. The body tries to remove some of the excess mucous through coughing.

Obviously, coughing is going to be one of the main symptoms. However, coughing itself is not enough because this could also be a sign of the original infection. When you cough, you should also produce phlegm that is yellowish or greenish gray in color. This mucous is produced as a result of the inflammation and builds up in the lungs so your coughing is actually your body’s attempt to expel it.

If you have acute bronchitis, you may also have a number of other symptoms thanks to the original viral infection. These include a sore throat, chest congestion, sinus congestion, difficulty breathing, fatigue, and a fever.

If those symptoms are not present but you have been coughing for more than three months, you may have chronic bronchitis instead.

Bronchitis comes in two types: acute and chronic. They are caused differently. Acute bronchitis is the most common of the two types and develops as a complication of a viral infection, usually the cold or influenza. Of course, bouts of acute bronchitis can be caused by other types of irritants as well, including smoking or second hand smoke, gastroesophageal reflux disease (GERD), and some types of dust found mostly in hazardous work environments.

Chronic bronchitis is the term used to describe your condition when that aggravated state of the bronchial mucous membrane becomes permanent. While it can sometimes be caused by recurring attacks of acute bronchitis, the most common cause is long-term smoking. Coming in contact on a regular basis with dust, toxic gases, or other irritants can also increase your risk. People who have asthma often suffer from chronic bronchitis as well.

Now that you know more about bronchitis, answering the question can be a little easier. The answer is that in some cases the virus that led to the bronchitis can be passed onto other people, especially through the air particles released during coughing spells. However, the virus may not cause full-blown bronchitis in the person who catches it. Instead, they may just develop an ordinary upper respiratory infection.

If your bronchitis is chronic or is caused by conditions other than a virus, then it is not contagious. Your physician can review your symptoms and your health history to determine the most likely cause for your bronchitis.