A 1928 study by Richard Simmons, M.D. led to findings that the cold and flu viruses actually enter the body through the ears and begin the breeding process at that locale. Although his findings were immediately ignored by the medical community, many practitioners promote the use of (H202)hydrogen peroxide therapy. A 1938 German study ended in very excellent success when using hydrogen peroxide to treat and defeat colds and flu. It has been stated that, since there is no real money to be made in this modality – very little has been done to pursue whether this is fact or fiction. 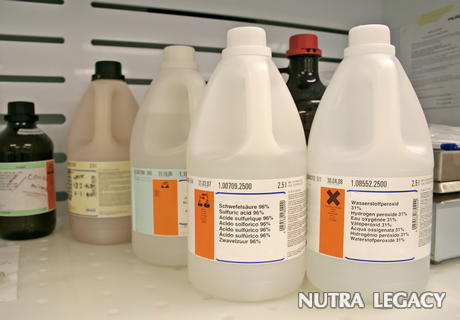 The first question is: What is hydrogen peroxide?

H2O2 is a weak acid with strong oxidizing properties. It is water with an extra oxygen molecule. H2O2 is found in rain and snow. Plants synthesize H202 during photosynthesis ergo most plants and vegetables contain H2O2. It is in everything from the higher plants (i.e. trees) to the sea plankton. It’s also present in mother’s milk, especially in the first milk (colostrums) which boosts the immune system of the baby. There are various grades of H2O2 that are offered commercially and for various purposes. The type that we buy at our pharmacy is 3 percent.

The second question one must ask is what kills the influenza virus?

According to the CDC: “Influenza virus is destroyed by heat (167-212°F [75-100°C]). In addition, several chemical germicides, including chlorine, hydrogen peroxide, detergents (soap), iodophors (iodine-based antiseptics), and alcohols are effective against influenza viruses if used in proper concentration for sufficient length of time. For example, wipes or gels with alcohol in them can be used to clean hands. The gels should be rubbed until they are dry.”

Practitioners that swear by hydrogen peroxide as a cold and flu therapy indicated that it’s important to begin treatment as soon as the swine flu symptoms appear: fever, headache, tiredness, cough, sore throat, runny or stuffy nose, body aches, diarrhea or vomiting. Hydrogen peroxide therapy has come more to the forefront since the flu outbreak and to address swine flu symptoms.

The treatment involves putting 1 to 3 drops of 3 percent hydrogen peroxide into the infected ear or both ears. Wait 5 to 10 minutes and turn the infected ear(s) down. The hydrogen peroxide will clear out the ear wax causing a light amber color fluid to drain. Clear fluid is a sign that the ear wax has been cleared out. The process must be done in two or more treatments one to two hour intervals until there is no more bubbling (and/or stinging) when you put the H2O2.Results have been reported within 12-14 hours.

It must be noted – that anyone that has chronic or general ear problems such as “swimmer’s ear” or repetitive infections should not adopt this type of therapy. Certain ear problems could be aggravated by adding anything to the ear canal – except such medications that are prescribed by your physician.

Any use of an alternative treatment should be combined with a consultation with your medical physician for any swine flu symptoms, general medical advise and flu outbreak information.. The information supplied in this article is not to be considered or used as medical advice and is for educational purposes only.