How does smoking cause cancer? 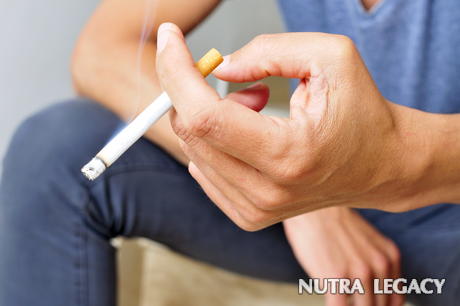 To answer the question how does smoking cause cancer, you have to examine the chemical additives that are included in cigarettes, cigars and chewing tobacco. While nicotine might be the addictive property, the tar contains over four thousand chemicals. Sixty of these chemicals are known to cause cancer. Here’s just a few of these chemicals and they are pretty shocking: cyanide, benzyne, ammonia and formaldehyde.

Cigarette companies refused to acknowledge evidence that was presented in the 1950’s. They continued to contribute to major political spheres to discourage any additional studies and results on the topic of how does smoking cause cancer. Finally, in the 1970’s it became almost impossible for the evidence to be hidden. Still, there weren’t any major changes in attitude until 1998, when scientist discovered a major link between cigarettes and a tumor suppressing gene called p53. In a nutshell, p53 is the final examination process before a cell completes its replication. If there is something wrong with the cell, p53 is designed to stop the production. The mutagens found in tobacco products, suppress the job of the p53 gene and thereby allow bad or incorrect cell production. It continues unchecked, and the development of a tumor can be the result.

Another rather interesting result in studies has been the discovery that the p53 mutations occur in only one of three areas of the p53 gene. Links to these three areas, also called ‘hot spots’, relate to a chemical called benzo pyrene (BP). This is a mutagen that is found in the tar of a cigarette and is released into the lungs. The epitheleal cells of the lungs absorb and change the chemical so that it binds to the p53 gene and keeps it from doing its function.

Given all of the evidence, cigarette companies finally had to give up on their fight and remove the blinders from their manufacturing policies. The days are now gone when one’s own physician smoked cigarettes and movie stars promoted the products everywhere. The romance has been removed and the reality of the dangers is now well established. It’s believed that the tobacco companies are trying to produce a chemical free cigarette, but, it might be too late. Society has turned its back on smoking, with entire states passing legislation against smoking practices. Attacking smoking is an easier target. They already lost out on alcohol and we seem to be losing the battle against obesity. Society has become so judgmental on the topic, that it’s not uncommon for the overweight person with a drink in their hand to berate anyone with a cigarette. It is a situation where a true balance of honesty and practices needs to be set in place for everyone to be healthy.

2 Responses to “How does smoking cause cancer?”