The most common smoking related diseases

There are many smoking related diseases, but there are some that are very common and affect large numbers of smokers. These diseases include cancer, COPD, and cardiovascular disease, and they are caused by tobacco being inhaled into the lungs. All three of these common smoking related conditions can cause health problems, and can lead to the death of the smoker eventually. Smoking is one of the largest causes of premature death around the globe, and almost half a million people in the United States die each year from a preventable disease caused by smoking. Around ninety percent of the individuals in the USA who die from lung cancer caused this disease by smoking, and four out of five individuals who have been diagnosed with COPD have the same cause for the condition. 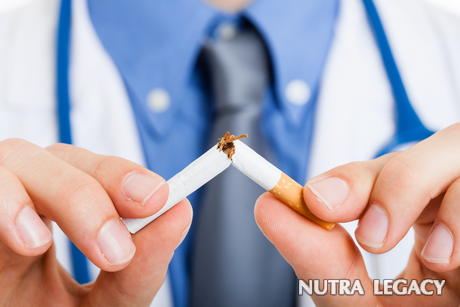 Cancer is one of the top smoking related diseases in the country, and around the world. Lung cancer is not the only form of this disease that can be caused by smoking tobacco. In addition to lung cancer, smoking can cause this disease in the bladder, mouth, cervix, pancreas, esophagus, kidney, stomach, and other organs and systems. Close to seventy different substances in cigarette tobacco are known to be carcinogenic, which means science has proven that these substances will cause cancer in most circumstances. Lung cancer is not only deadly but can be the most difficult form of this disease to treat successfully, leading to a higher mortality rate than many other types of cancer.

COPD is another of the most common smoking related diseases, and this condition is progressive and gets worse over time. This disease takes two different forms, bronchitis and emphysema, and both of these types will interfere with the normal breathing and oxygen absorption abilities of the lungs. Bronchitis is a disease which causes irritation and inflammation in the airways of the lungs, making normal breathing difficult. Emphysema is more serious, and this condition affects the ability of the lungs to take in oxygen and release carbon dioxide properly. As time goes on emphysema affects more of the lung capacity, and makes it difficult for body tissues to get enough oxygen for good health or even survival.

Cardiovascular disease, often called coronary heart disease, and this condition can lead to heart attacks, strokes, and hardening of the arteries which carry the blood flow through the body. Tobacco smoking causes the arteries in the heart to narrow and become less elastic, and also contributes to high levels of cholesterol which can clog the arteries. Cardiovascular disease can be very serious, and is a leading cause of smoking related diseases and deaths. Women who use birth control pills or certain other contraception methods may also be more likely to suffer from cardiovascular disease if they smoke as well. Once this disease starts then even stopping the tobacco use will not cause the disease or medical problems to disappear. The number and severity of smoking related diseases is one of the biggest reasons that many people quit, or at least attempt this step, every single year.

2 Responses to “The most common smoking related diseases”