High Blood Sugar Levels Can Be a Culprit behind ADHD Children 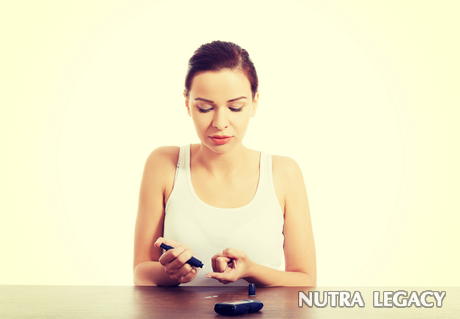 Many children start off the day in the same way: they drink a glass of orange juice with their breakfast. If you’ve ever looked at the label on that orange juice, one thing you’ll find is a high level of carbohydrates caused by the sugar present in the oranges and sometimes added in for extra flavor. Some nutritionists are now suggesting that if you have problems with your hyperactive children the issue might be caused by blood sugar changes. If true, that might mean the tasty glass of orange juice might be doing your child more harm than good.

The Origin of the Idea

Back in the 1920’s, a physician identified a condition marked by rapid swings in blood sugar levels. When this occurs, the person can experience a wide range of symptoms, including erratic behavior and confusion. Today, the condition is sometimes referred to as hypoglycemia and involves the body’s inability to properly regulate blood sugar levels properly. Some people believe it is hypoglycemia or a related condition related to blood sugar that leads to hyperactive children.

An article from the Hypoglycemic Health Association in Australia outlined another reason for this believe: violence and criminal behavior seem to be connected to an inability to control blood sugar levels in the body. According to the article, when a person eats too much sugar the body has to eliminate the excess not needed by the body by releasing large amounts of insulin from the pancreas. The insulin deals with the sugar by converting it into glycogen and storing it everywhere in the body, except in the brain. Unfortunately, this conversion often leaves no glucose (sugar) left for the brain to use as energy. Since it is essentially starving, it reacts quickly and orders adrenaline to be released into the body. Adrenaline causes the release of some stored glycogen which the brain can then use. However, the increase in adrenaline also gets the body pumped up and ready for flight or fight which can lead to higher levels of irritability and violence.

The Accuracy of the Idea

Before you decide to start cutting orange juice out of your child’s diet completely, you need to know whether or not such an idea is accurate. While science has consistently found no link between the consumption of sugar and hyperactivity, some researchers do believe that too much sugar, especially in people with naturally low levels of certain brain chemicals, can lead to these drastic highs and lows in blood sugar which can lead to hyperactive children.

Other scientists do not agree. Instead, they point to findings which suggest sugar intake actually decreases irritability in children and causes them to get along with one another better. This would be the exact opposite of the finding one might expect if the above explanation was correct. Additionally, physicians point out that the highs and lows noted in most people are normal. Only in diabetic patients are these changes a cause for concern.

The Solution for Parents

While there are some competing ideas out there which may make it confusing to deal with hyperactive children, the best solution is to have your child’s blood sugar checked by your physician if you are concerned. Ask him or her what they think about this possible link.

Beyond that you should probably keep the orange juice on the table since its rich in many other important nutrients your child needs but it might be a good idea to put limits on other types of sweets, such as a soda and a candy.

It’s important for your child to obtain healthy levels of vitamins and minerals daily because it can bring about overall health. A great supplement for your child is Children's Formula Chewables.