There are two rising concerns about the health of Americans: the fact that those with diabetes is on the rise and that the cost of diabetes as a disease state is escalating as a major cost value in the health industry. There are a number of reasons for these two situations, but a main one is the Western diet and the fact that Americans continue to experience an obesity problem. Medical professionals are troubled at the escalating number of people with diabetes but are more concerned about that newer facts that there may be around five million people with diabetes that haven’t been diagnosed or reported the problem. 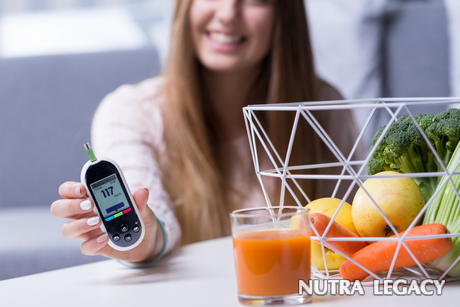 In the year 2012, 22.3 million people were diagnosed and living with either Type 1 or Type 2 diabetes. This is up in staggering numbers from the 2007 report of 17.5 million people. There are varying reasons including an aging baby boomer population, an obesity increase in children and age groups that previously didn’t show this problem and certain populations that seem to have higher risk factors. Studies show that Native American Indians, Asian Americans and African Americans have a higher diabetes risk than Caucasian Americans. This is leading scientists to investigations to draw links in various genetic factors, which has in turn branched out medical research into additional genetic research for this disease state.

While we have made great strides in treating diabetes, it still remains a major health risk factor. Diabetes can cause blindness, heart disease and kidney failure when untreated or not treated properly. The 2012 report from the American Diabetes Association indicated that there were 246,000 deaths due to diabetes. On a more positive note, the medical costs for treating diabetes may be on the rise but there has been a focus on spending those dollars more wisely. This has been an important area since the cost of treating diabetes in 2012 was $245 billion versus the 2007 cost of $174 billion. The dollar report from the American Diabetes Association indicated that this was a 41% increase in a five year span. This disease is outweighing all other disease states with an eight percent increase per year.

We are in a very different age for disease research and one that is bringing rapid results due to technology and medical advances. Information on diabetes is being rapidly spread among the health professionals with an almost instantaneous sharing of the data and research results. Americans continue to battle obesity with an new an alarming rise in the overweight condition of our children. All areas of society, including schools and parental guidance is attempting to address these serious topics so that our kids do not have to deal with a condition that could have been avoided. This should be an alert to Americans to add a more healthy lifestyle for themselves and their children which includes additional exercise, eating healthier foods, reduction of fatty foods, fast foods and junk food in the diet and a higher level of exercise. While we all may hear the message, the increase of diabetes and the costs related to it will continue until we all act upon it.

5 Responses to “More People with Diabetes than Previously Thought: 5 Million”