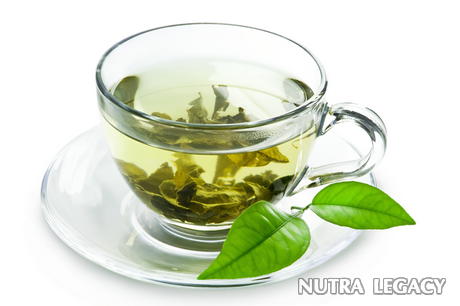 The benefits of Green Tea have been enjoyed since Ancient China almost 5000 years ago.  There are now studies which connect the antioxidants in green tea with reducing the risk of cancer, preventing tooth cavities, fighting the flu virus, lowering high blood sugar and lowering blood cholesterol.  It can also have an antibacterial effect on food-borne illnesses because it can kill bacteria. In addition, green tea promotes the growth of friendly bifidobacteria in the intestine and prevents the growth of dangerous intestinal bacterial strains such as clostridia and E. coli.   Analysis of green tea shows that it contains antioxidants, theanine, polyphenols, as well as many different vitamins and minerals.

Green tea also contains far higher levels of the phytochemical EGCG which is also found in black tea. Black tea leaves lose some of their EGCG as they are processed, but green tea is the least processed tea, and its leaves are steamed or baked before they can oxidize, so their EGCG levels remain high.  EGCG is a powerful antioxidant and may help prevent heart disease and cancer.  Green tea protects the body against damage from free radicals which are known to damage cell proteins and genetic material and leave the cell vulnerable to cancer.  The EGCG in green tea assists in stabilizing free radicals which can also damage blood vessels and cause a bigger risk of heart disease.  Free radicals can also cause the DNA in our genes to alter which in itself can lead to cancerous changes.  The EGCG in green tea may affect enzymes and signals between cells which can stop cancer cells from growing and multiplying, and may promote the destruction of cancer cells.  In short, antioxidants neutralize free radicals as part of normal cell processes.

It has also been shown that green tea, and green tea extract can cause an increased rate of fat oxidation, and also improves the contribution of fat oxidation to energy expenditure.   It has therefore been recommended by a number of sources as a useful aid to weight loss.

Green tea can also help lower blood sugar levels.  High blood sugar can lead to diabetes and heart disease.  Sugar is also strongly linked to raising levels of body fat.  Green tea polyphenols inhibits an enzyme called amylase which is required to break down starch into simple sugars so that it can be absorbed in the blood stream.  This in turn can slow increased levels of glucose and insulin in the blood.

There are many health benefits associated with green tea, either in the form of a drink, or in the form of green tea extract, which make it well worth considering as part of a healthy diet.

One Response to “Healing Effects of Green Tea”