Ground-Breaking Study on Flu Medicine: A Pandemic of Lies

Here is a medical scandal for the ages. At the risk of permanently damaging the triangular trust between big pharmaceutical companies, government regulatory bodies and the common masses, you must be urged to rethink the word “pandemic”. Perhaps you remember that bird-flu scare, otherwise known as H5N1 avian flu, back in 2005/2006? And, you certainly won’t have to strain your memory banks to recall the H1N1 swine flu “pandemic” of 2009. There were signs advertising vaccines in front of practically every commercial U.S. pharmacy on almost every other block. It’s a wonder they weren’t in furnished in neon and adorned with flashing bulbs. 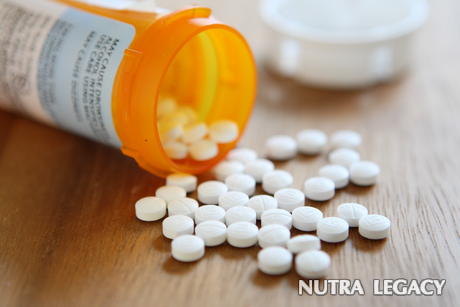 Evidence is now surfacing suggesting that these threats of flu contamination were exaggerated by the World Health Organization (WHO) due to pressure from big pharmaceutical companies around the globe. Now that the Parliamentary Assembly of the Council of Europe (PACE) has unanimously passed a resolution calling for an inquiry into the pharmaceutical industry’s sway over the WHO, specific exaggerations can be pinpointed and public transparency can hopefully be restored.
According to Dr. Wolfgang Wodarg, the epidemiologist who is chairman of the PACE health committee and former Member of the German Bundestag, “the WHO’s role and its June 2009 pandemic emergency declaration need to be the special focus of the inquiry. For the first time, the WHO’s criterion for a pandemic was changed in April 2009, as the first cases were reported in Mexico, to make not the actual risk of a disease but the number of cases of the disease the basis upon which to declare a ‘pandemic’. By classifying the swine flu outbreak as pandemic, nations were compelled to implement pandemic plans and purchase swine flu vaccines.”
But, aren’t the vaccines still invaluable to the people who contract the flu, you might ask? The problem was that these vaccines were not fully tested. In many cases, they caused side effects far worse than the actual flu symptoms. This massive push of untested medication crippled millions of lives and ended others. It would be nice to report that those who sought antivirals (the only alternative to vaccines offered by the pharmaceutical industry) fared better. They did not.
According to an article in the March-April 2010 issue of Nexus New Times, “The most popular antiviral by far is Tamiflu, a drug that’s actually derived from a Traditional Chinese Medicine herb called star anise. But Tamiflu is no herb. It’s a potentially fatal concentration of isolated chemical components that have essentially been bio-pirated from Chinese medicine.
Roche, the company behind Tamiflu, supported their product and claimed that there were 10 studies proving its safety and effectiveness. The British Medical Journal then published a piece accusing Roche of deception. Only two of these 10 studies ever appeared in science journals. Their original data has vanished. One researcher even noted that he never laid eyes on the information.
Since then, things have really hit the fan. The Cochrane Collaboration, the group that reviewed the data behind Tamiflu, could find no further information other than the results of an unpublished study involving 1,447 adults showing Tamiflu was no more effective than a placebo. In addition, a large Pharmaceutical PR company called Adis International announced that they were hired by Roche to ghost-write their data.
“The FDA, remarkably, hasn’t entirely given in to the Tamiflu hoax. It required Roche to print a disclaimer on Tamiflu labels—a disclaimer that openly admits that the drug has never been proven to work.”
But, is this small snippet of regulation really enough? It certainly doesn’t repair the damaged lives. It almost seems like the “bird-flu” pandemic didn’t net enough profit, so the “swine-flu” pandemic finished the job—as if public health budgets weren’t already spread thin. Accountability and credibility are at an all-time low. The aforementioned inquiry called for by PACE may have been an important step back to the path, but our brave new globalized world still has a long walk ahead.

One Response to “Ground-Breaking Study on Flu Medicine: A Pandemic of Lies”