Glaucoma entails a distinct group of diseases of the eyes that involves increased fluid pressure behind the eyes. While usually a disorder that affects people after the age of forty, it increases in risk as we age beyond that age. If you have ever gone to the eye doctor and experienced a glaucoma test, you understand that it is a test on the dilation process of the eye. It’s estimated that about three percent of those Americans over the age of sixty five experience glaucoma. In addition to pharmaceutical treatment modalities, you might try a glaucoma natural treatment. 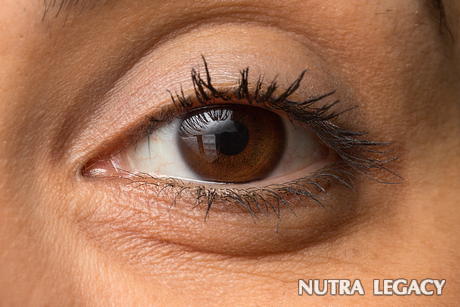 Symptoms of glaucoma can include loss of peripheral vision, blurred vision, redness in the eyes and a halo appearance around objects. If diagnosed, glaucoma can be treated. It is only dangerous when a patient has glaucoma and it is left untreated. This can lead to blindness. Some families have a history of glaucoma, so you should seek medical testing if it runs in your family.

A physician will treat glaucoma with a number of drugs that are available. Many of these drugs are actually made from herbal sources. One of the most popular drugs is derived from the South American jaborandi tree. The natives were long using this as a treatment for the eyes. When the Spanish arrived, their naturalists added this herb as part of their medical regiment. Eye drops that include jaborandi are a common medication.

Vitamin C is often advised by naturopaths and nutritionists. Your Mother and Grandmother were right about the fruits and vegetables. Vitamin C has been shown to lower the intraocular pressure. Certain fruits and vegetables offer a natural higher Vitamin C dosage. These can include: guava, kale, papaya, bell peppers, broccoli, brussels sprouts and strawberries. Citrus fruits are a high source of Vitamin C and easy to add to the diet.

Kaffir potato has long been shown to lower the pressure behind the eyes. Kaffir potato is an herb that contains forskolin. There have been studies conducted using eye drops made from the forskolin of kaffir potato that lowers the intraocular pressure within a one hour time span.

Naturopaths will often advise adding oregano or pansy to your diet. Oregano is an antioxidant and helps to rid your body of the free radicals that cause deterioration. Pansy contains rutin which has also been shown to reduce intraocular pressure. Bilberry has been used for years to help in any kind of eye problem. Juices made of bilberry and it’s relative, the blueberry are often combined with other health juices like cranberry and huckleberry. Throughout the ages another antioxidant herb has been used for “vision brightening”. This shepherd’s purse and can be easily added to teas.

If you are focused on treatment or avoidance of glaucoma, you might want to note that a common additive in toothpastes and mouth washes is sanguinarine. While it helps in fighting gum disease, it has also been linked to glaucoma.

Before approaching any glaucoma natural treatment, always consult with your physician or primary medical provider before adding anything to you dietary regiment.

One Response to “Glaucoma natural treatment”