Many of us that wear glasses or contact lenses have gone to our optometrist and experienced the glaucoma test. While it may be uncomfortable and cause pupil dilation so that you can’t drive, it’s a very important test. Glaucoma in itself is a dangerous disorder, but Acute closed angle glaucoma can be even deadlier. 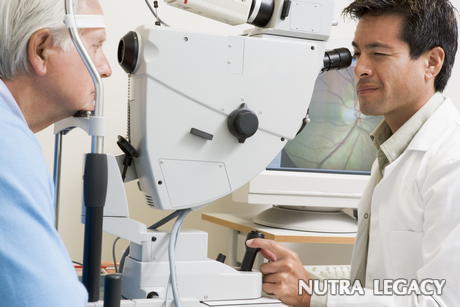 During dilation of the eye, the pressure behind the eye causes the aqueous humor fluid to flow in and out, balancing the pressure and allowing normal eye function. In acute close angle glaucoma, the angle closes suddenly, causing trauma and blocking the flow of fluid. If the patient doesn’t receive immediate treatment, there can be optic nerve damage and the individual can lose their sight.

Symptoms of acute closed angle glaucoma will include sudden eye pain and extreme eye redness. Some patients report blurred vision with a halo affect around objects. Other patients have reported a general headache of no high nature. Patients given a vision test do not seem to be able to identify numbers and letters on close or distance charts. There are also patients that have reported vomiting and abdominal pain.

Studies in the United States indicate that around ten percent of patients experience incidences acute closed angle glaucoma. There are some people who are more likely to have this disorder. Those that are farsighted, clinically referred to as hyperopia, have higher percentages due to the fact that they have anterior chambers of the eye that are shallower and the angles themselves are narrower. While Caucasian women seem to experience an at risk rate three times higher than men, the rate seems to be equal between men and women who are Afro American. Asians and Eskimos seem to have higher levels of acute closed angle glaucoma than Caucasians; however Native Americans have a lowered risk. People over the age of sixty have a much higher risk, due to the nature of the enlargement of the eye lens, which pushes the iris of the eye forward.

There are a few possible causes of acute closed angle glaucoma, which include papillary block (fluid blockage), hyperopia (farsighted), iris plateau (iris attachment to the ciliary body is too close to the drainage area), tumors, swelling and inflammation. Anything that causes a quick dilation of the pupils could trigger acute closed angle glaucoma. This includes dim lightning, eyes drops applied during an eye test from your doctor and some kinds of antihistamine, decongestant and cold medicines.

The high level of pressure in the eye during acute closed angle glaucoma is considered to be a medical emergency. If the pressure is not reduced within hours, it can cause permanent damage. The patient will need to contact an ophthalmologist or go to the nearest emergency treatment center or hospital. Reduction of the intraocular pressure can be accomplished from oral or intravenous medication. Depending upon the severity, glaucoma surgery may have to be performed via laser or a non-laser process.

If you experience any of the symptoms you should seek professional medical help immediately. There is a short time limit on treatment.