Ginseng – The Root of Life 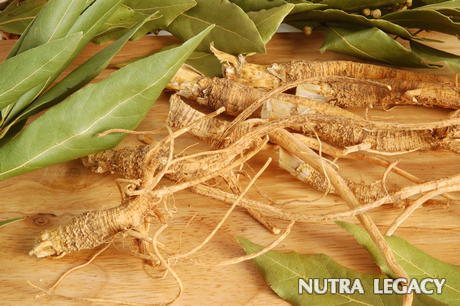 Ginseng is made from the roots of a slow growing perennial plant species known as Panax. Panax plants tend to grow in the cooler climates of the Northern hemisphere in countries such as China and Korea, and their fleshy roots are used to make ginseng products.

The most common types of ginseng available are Panax ginseng, which is also known as Korean, Chinese or Asian ginseng, and Panax quinquefolius, which is also known as Canadian, American or North American ginseng. Benefits of ginseng has been known and used since ancient Chinese times. Traditional Chinese medicine classifies the types of ginseng by its purported healing properties. American ginseng is said to have a “cooling” effect, which means it has been used to treat fever and respiratory tract disorders. Asian ginseng is said to have “heating” properties, and consequently it has been used for improving circulation.

People use ginseng to improve their mental and physical performance. It is said to be an “adaptogen” the effect of which is to heighten the body’s resistance to physical, chemical, and biological stress factors. It is also said to improve energy levels and general vitality. As a result, it is often found in energy drinks. Ginseng is also said to have a beneficial effect on the immune system. Taking ginseng is reported to make you less likely to suffer from viruses like the common cold. Ginseng has also been shown to assist with non insulin dependent diabetes and erectile dysfunction.

Ginseng is also rich in antioxidants. Antioxidants scavenge damaging particles in the body known as free radicals. Free radicals are known to damage cell proteins and genetic material and leave the cell vulnerable to cancer. Free radicals are also thought to be partly responsible for the aging process as well as a variety of illnesses and conditions. Antioxidant enzymes can help neutralize free radicals, and in doing so may limit or stop some of the damage they cause.

People who are feeling tired or stressed may benefit from taking ginseng because it has been shown to balance the release of stress hormones into the system and it also supports the organs that are responsible for producing those hormones, such as the hypothalamus (in the brain), the pituitary gland and the adrenal glands. People who are recovering from illness, may also benefit for similar reasons. In addition, ginseng may also increase the production of endorphins, which are chemicals produced by the brain which can lead to a feeling of well being.

Athletes have also been known to take ginseng to help improve their endurance and strength. It is thought that ginseng can allow muscles to utilize energy more efficiently which in turn has the effect of delaying the onset of muscle tiredness.

One Response to “Ginseng – The Root of Life”