Diabetes and Alcohol: Learn the Facts 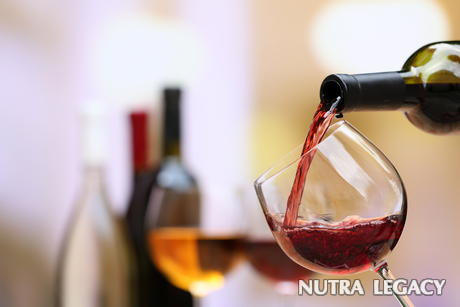 If you have diabetes, you already know there are plenty of things you aren’t supposed to do. Drinking alcohol is usually considered one of them, but do you know why? The mixture of diabetes and alcohol could have dangerous short and long term complications for diabetics. However, some studies may be giving a green light to the combination of diabetes and red wine, at least in moderation.

The Effects of Alcohol on Diabetics

Before we can discuss how alcohol affects people who have diabetes, we need to look at how it affects people who do not have this disease. Most of what you consume is broken down in your stomach so you can absorb the nutrients but alcohol doesn’t work that way. Instead, it passes through your body and into your blood very quickly and without being broken down. Only the liver gets a chance to break down alcohol which it tries to do as quickly as possible because your body views alcohol as a poison that needs to be removed quickly.

If you are diabetic, alcohol works in about the same way. The only risk comes when you don’t have enough glucose in your body for energy. For example, if you’re drinking on an empty stomach, you could be putting your body at risk from rapidly falling blood sugar levels.

Normally, if your blood sugar stops dropping too low, the liver is going to jump into action to save the day by releasing stored glucose in your body. That gives you the boost you need until you can begin taking in glucose on your own. However, if you have even a little alcohol in your system, your liver will not take this action. That’s because it views eliminating the alcohol to be a more important priority. That’s why diabetes and alcohol consumption can be a bad combination, especially for Type 1 patients and for Type 2 patients who are also on medications or insulin that already works to lower glucose in the body.

Despite the risk of low blood sugar, an occasional drink of alcohol is usually acceptable for most diabetics. Red wine can be an excellent choice for that drink for a number of reasons. The skin of the grapes used to make red wine contains compounds called resveratrol. A study conducted on mice in labs found that resveratrol helped reduce their insulin resistance, one of the causes of diabetes. Although the study’s findings haven’t been repeated in humans yet, it suggests that red wine could do some good for diabetics.

Recommendations for Diabetes and Alcohol

If you do drink alcohol, don’t do it on an empty stomach or for two to three hours after exercise. Make sure to combine your drinking with food, preferably healthy food, so you can keep your glucose levels high enough. Also, opt for drinks that are going to add fewer calories and less sugar to your system, such as light beers and diet drink mixers. Make sure to drink slowly so your liver can keep up with your intake more easily. And, whether you’re diabetic or not, don’t drive after you’ve consumed alcohol.

2 Responses to “Diabetes and Alcohol: Learn the Facts”