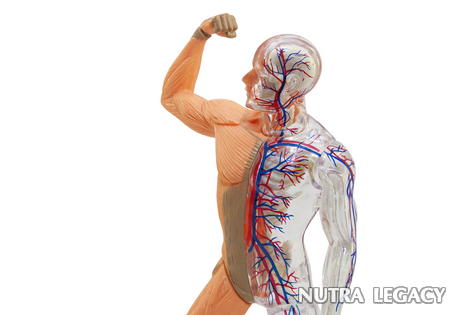 Most of us know that our circulatory system is a crucial part of our physical health. Without it, oxygen-rich blood could not reach every part of our bodies. Problems with this system can have devastating effects on our body and our physical health. However, some of the consequences may be ones you wouldn’t normally think about, such as your mental health. Researchers are now showing a strong connection between them, and the evidence is just another reminder why eating right and exercising are the best things you can do for yourself.

Like every organ in our bodies, our brains need a steady supply of oxygen in order to function. In fact, it needs quite a bit of oxygen to keep it working well. After all, one-fifth of all the blood being pumped away from our heart ends up in the brain. When that blood flow through our circulatory system is constricted or reduced in any way, problems are likely to develop.

When blood circulation is reduced even by a little, you could suffer from reduced comprehension abilities and increased forgetfulness. Headaches and dizziness can also be associated with the problem. Unfortunately, if your circulatory system becomes severely impaired you could suffer more dire mental health consequences, including paranoia, short term memory loss and confusion. When blood flow to the brain is constricted for an extended period of time, the vessels in the brain may begin to get narrower and supply may be permanently reduced.

While the above effects are bad enough, recent research now suggests that a link may exist between a poorly functioning circulatory system and Alzheimer’s disease, a degenerative condition that usually affects older individuals resulting in sporadic memory retrieval and severe confusion.

The cause of the disease had baffled researchers for years and finding the answer was difficult because getting a good view of the affected brain was only possible after the patient died. And that occurred after the disease had progressed quite severely in most cases. However, a study has found that part of the problem may be a biochemical process triggered by low amounts of glucose reaching the brain thanks to poor circulation.

As a result of this process, enzymes are created by the brain cells which disrupt the sending of messages. As the enzymes become more plentiful, the problem worsens until it becomes noticeable.

The research suggests that some drugs could be manufactured to stop the production of these enzymes but also that patients with an impaired circulatory system should take treatment of the problem seriously.

While poor circulation can affect mental health, mental health can also affect the flow of our blood according to other research released in April 2008. Patients who have problems coping with mental stress, according to the studies, suffer from reduced blood flow to the heart. Stress increases the need for this blood and the oxygen it contains but also narrows the channels by which it travels. This combination can be especially dangerous for patients with heart disease.

You can also try Ginger for circulation issues and Ginseng Power Max 4x to fight memory loss and boost energy.

One Response to “Connection between Circulatory System and Mental Health”