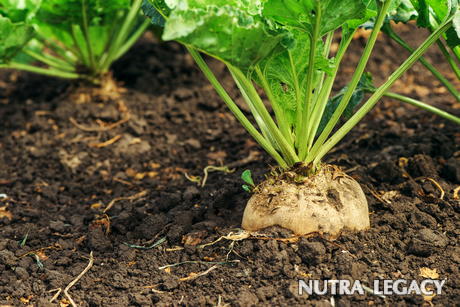 The sugar beet is probably not the most glamorous vegetable, despite its colorful appearance. While not everyone loves the taste, many people have discovered the health benefits of sugar beet extract. Increasing your intake of beets or of their extract can actually help improve blood circulation and that’s good for many reasons.

The first sugar beet ever recorded may have been found in 4,000 year old art from Egypt. While the Egyptians may have consumed sugar beets, they probably did not use them for sugar the way modern production does. That’s because those uses did not become common until the 18th century. Beets were cultivated and grown throughout Europe even during the time of Napoleon, and the first beet farms were started in the United States in the 19th century. Today, the U. S. produced almost one-third of all the sugar beets in the world.

Research has shown many health benefits for beets. However, one of the most significant is to improve blood circulation. The beet has the power to lower the acidity level in the blood which is important for health, plus it helps get rid of impurities in the blood so it can flow more easily through the arteries and deliver only oxygen and nutrients to the cells. For women of reproductive age, beets can be an important food around the time of menstruation because it can help protect them from anemia.

Good circulation is an important part of your health, and one that often does not get enough attention. All of your organs depend on the blood to bring them what they need to keep functioning effectively. If the blood cannot get their easily, you can end up with organ problems. If enough blood does not reach your brain, for example, brain cells can end up dying from a lack of oxygen and you could suffer permanent neurological damage. Additionally, blood circulation is critical to healing.

Studies on the additional health benefits of beets have been pervasive. One of the most recent has been on the connection between high levels of betaine, a compound found in beets, and a reduced level of inflammation markers which are related to serious health problems, including heart disease. People who consumed significant amounts of betaine had a reduction in these markers of between 10 and 19%. While the specific connection between those markers and the diseases is not clear, some researchers believe a decline in the inflammation may also translate into a reduced risk of developing the disease itself.

Beets are also a good source of many nutrients, including folic acid. One cup of beets contain about one-third of all the folic acid you need in a day. The good thing about folic acid is that it can help reduce heart disease risks and can lower the chances of birth defects in children.

Early animal studies have also shown a potential connection between beets and cancer reduction. For example, one group of animals tested who were fed sugar beet extract actually had an increase n the number of special immune system cells whose purpose is to eliminate abnormal cells, including cancerous ones, form the body. Another study found that sugar beet extract could inhibit the mutations of cells caused by nitrates.