Causes of Increased Levels of Triglycerides 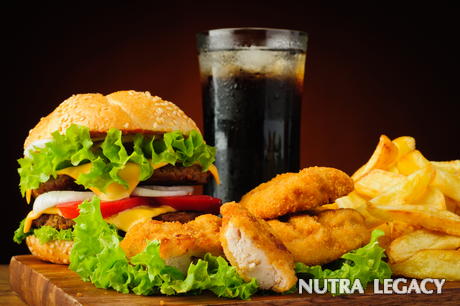 Triglycerides that are found in plasma are taken from fats derived from foods. They are also produced within the body from other sources of energy such as carbohydrates. The calories that you ingest in a meal that are not used straight away by tissues, are converted into triglycerides. These triglycerides are then transported to fat cells and stored. Triglycerides are released from fat tissues in order to meet the body’s energy requirement between meals. This release is regulated by hormones.

1. Weight Gain and Foods That Are High in Fat

Triglyceride levels increase as your body weight increases. Excess calories, especially those derived from alcohol or sugar are causes of increased levels of triglycerides. Alcohol consumption tends to increase the liver’s production of triglycerides. It also tends to reduce the amount of fat that can be cleared from your blood. Foods that are high in fat also increase your triglycerides. Examples include red meat and dairy products.

As age increases, the levels of triglycerides in your body also tend to steadily increase.

Certain drugs, for example steroids, birth control pills and diuretics tend to cause levels of triglycerides to rise.

There are some illnesses and medical conditions which are associated with high levels of triglycerides, for example, hypothyroidism, diabetes, lever disease and kidney disease.

High triglycerides levels may be a hereditary condition.

How Do You Lower Triglycerides?

One of the biggest factors in elevated levels of triglycerides is the consumption of food that is high in fat. A healthy diet that is based on lean sources of protein, complex carbohydrates and rich in fresh fruit and vegetables may help to lower triglycerides levels. Try to eat fish which is high in omega-3 fatty acids rather than red meat which is high in saturated fat such as a burger. Fatty fish like trout, mackerel, sardines, herring and salmon are all rich in omega-3 fatty acids.

A program of regular exercise will also help. Try to get 30 minutes or more of moderate-intensity activity, at least five days per week. For example, take a brisk walk at lunch time.

Triglycerides may also be lowered by lowering levels of cholesterol. Lowering cholesterol may be achieved through diet and exercise, and may also be assisted by medication and/or dietary supplements. As the body loses weight, stored fat reduces. Fat is removed from fat cells and moves into the blood before being removed from the body.

You can also lower triglycerides by reducing your alcohol consumption. Even when alcohol is taken in moderation, it can lead to sizeable changes to triglyceride levels in plasma.

4 Responses to “Causes of Increased Levels of Triglycerides”