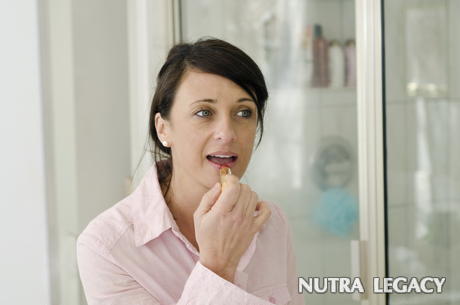 Among amazing benefits of carnosine it:

Carnosine is also known as beta-alanyl-L-histidine or L-carnosine. It is a dipeptide of histidine and beta-alanine which are amino acids and is made naturally in the body. Carnosine can be found in very concentrated quantities in brain and muscle tissues. It is claimed to have strong anti aging properties and other benefits.

Carnosine can help to protect the body from the process of glycation. Glycation involves protein molecules binding to glucose molecules. This results in the formation of damaged structures which do not function. The result of glycation is that protein structure is altered and biological activity is decreased. Glycated proteins accumulate in tissue that has been affected and are reliable signs of disease. A variety of age-related conditions such as stiffening arteries and neurological and cataract impairment are attributable to glycation. Glycation, therefore is one of biggest causes of aging and breakdown in the body.

Research has shown that the processes of oxidation and glycation work together to form free radicals. Free radicals are known to damage cell proteins and genetic material and leave the cell vulnerable to cancer. Free radicals are also thought to be partly responsible for the aging process as well as a variety of illnesses and conditions. In other words, they are destructive oxygen atoms that can damage otherwise healthy cells. Oxidation occurs as a result of the use of oxygen in the body, while glycation is the result of the body’s use of sugar.

The process of glycation in the body attacks proteins and causes them to convert into Advanced Glycation End Products (known as AGEs). AGEs then accumulate in the body and generate more compounded free radicals. These free radicals then act within the body to break down tissues and that can result in damage to the eyes, skin, circulatory and nervous systems and vital organs. These symptoms can manifest themselves as mental decline, wrinkled skin and other conditions which are associated with aging.

Although a process has not been developed to reverse the effects of glycation, in studies carnosine has been shown decrease the rate of glycation in animals. In one piece of research carried out on rats, carnosine was shown to improve brain function, lifespan and physical appearance. Although such extensive research has not been carried out on human beings taking carnosine, early laboratory research has shown that carnosine can actually extend the life span of human cells.

Carnosine supplements have also been shown to reduce damage caused to cells by assisting the body to get rid of toxic metals. This process is known as chelation. High levels of pro-oxidative metals, such as zinc and copper and toxic heavy metals, such as mercury, lead and nickel have been identified as possible causes of a number of conditions including autism, Alzheimer’s disease, dementia, Parkinson’s disease, schizophrenia and ADHD. Taking a carnosine supplement may help to protect against these illnesses, because it assists in stopping these potentially harmful metals from building up in your system.

There are no reported serious side effects in the use of carnosine in doses of 100-200 milligrams per day. Carnosine is available in pill form or topical form.