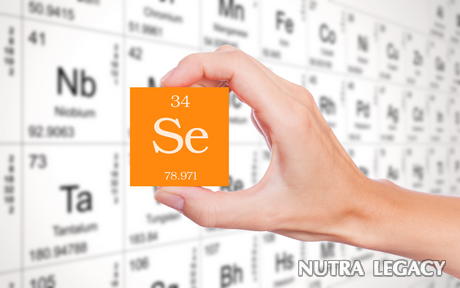 While the media is always full of promises about some nutrient that shows great promise in treating a serious disorder, many of these just don’t deliver on their promise. The good news is selenium does not appear to be one of them, at least not when it comes to some of the much discussed selenium benefits. Unfortunately, the role the mineral places in treating cardiovascular problems is still up for debate.

Basically, selenium is one of many minerals your body needs to function properly. The mineral’s role is to help in the creation of selenoproteins in the body that function as antioxidants. As you may already know, antioxidants help stop damage in the body from free radicals which have been shown to potentially lead to cancer and heart disease. These important antioxidants are also important for the maintenance of other parts of the body, including the thyroid and the immune system.

Because selenium is naturally occurring in small amounts in the soil, consuming plant-based foods are a good source of the mineral for the human diet. You could also benefit from eating meat or dairy products which are produced from animals that eat plant-based food sources. For example, 3.5 ounces of cooked beef provides more than half the daily recommended level of selenium our bodies need.

What are the Benefits of Selenium?

A number of benefits, including the reduction of cardiovascular problems, have been reported with selenium. Researchers have been studying these possibilities. The research showing selenium’s role as an antioxidant seems solid in short-term clinical trials, although the long-term evidence has not been nearly as clear.

Evidence that selenium can fight cancer is also not without controversy. Some studies have shown that having low levels of the mineral in your body can increase your risk of developing some types of cancer, particularly prostate cancer. A study from 2006 that involved more than 1,300 patients who were given 200 mcg of selenium daily for more than seven years found that cancer rates were reduced by about half for prostate and colorectal cancer but only about one-quarter for lung cancer.

Unfortunately, the study also failed to find any evidence that increasing the intake of selenium could reduce the risk of developing cardiovascular problems. The belief had been that as an antioxidant selenium would reduce the inflammation in the arteries caused by atherosclerosis, one of the major risk factors of heart disease. However, this study and others have failed to find any conclusive evidence that this is the case.

What are the Risks of Selenium?

For most people, overdosing on selenium is not a concern. People can tolerate up to five times the daily recommended dose of selenium in their diets. Because such low levels are needed for the body to function properly and because the data is still inconclusive about many selenium benefits, taking supplements of this mineral may not be a good idea.

When too much is consumed by the body, it can lead to selenosis. This condition’s symptoms include hair loss, fatigue, nerve damage, and gastrointestinal problems.

Selenium supplements have many perks. Some of these perks can also be obtained through natural supplements like Super E Complex which is an antioxidant with cardiovascular health benefits.

2 Responses to “Can Selenium Supplement Help with Cardiovascular Problems?”