More than a Beverage

Beer has become more than a drink in the United States. In the past decade, it has become a way of life. As more craft and micro-breweries sprout up around the country, more hipsters wax intellectual about subjects like India Pale Ales, dry hopping and Trappist beers (brewed by monks in the Benelux countries). This gourmet beer revolution has evolved in tandem with the “Foodie” generation – spurring inventive and sometimes bizarre flavor combinations like chili brew and oatmeal stout. The results are often delicious, but even if the taste repels you, these craft beers are excellent conversation starters at pubs of all shapes and sizes. Yes, this is good news for your social life, but it could also be good news for your arterial function as one new study suggests. 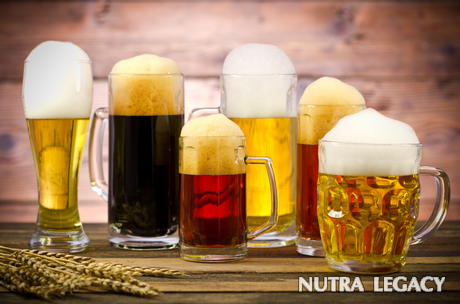 Scientists is Greece, apparently after one too many austerity measures, decided to test beer’s effect on heart health. They claim to be the first to approach this territory. The idea is that the alcohol in beverages like red wine, whiskey and beer synergistically interactswith thedrinks’ healthful non-alcoholic components like antioxidants to positively impact arterial function/structure, endothelial function and brachial/aortic blood pressure…at least in non-smokers.

With help from U.S. researchers, the Greek scientists recruited 17 healthy, non-smoking men for their study. These recruits, with an average age of 28.5 and an average weight of 77.5 kilograms, were given beer, water, vodka and non-alcoholic beer. They were all tested after imbibing one of the four liquids with one week in between. Preliminary results showed that aortic stiffness was reduced by all the beverages, but only beer succeeded in significantly improving endothelial function.

AlthoughK. Karatzi and his team of Greek and American researchers downplayed the results of their study pending further investigation, it’s clear that everyone involved still has suds on the brain. According to an article published in the June 28 issue of Nutrition by Karatzi et al. wrote, “Beer acutely improves parameters of arterial function and structure in healthy non-smokers. This benefit seems to be mediated by the additive or synergistic effects of alcohol and antioxidants and merits further investigation.”