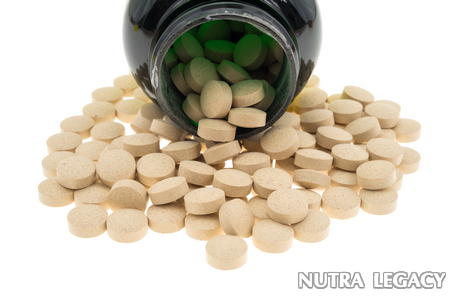 Having a good daily supply of vitamins and nutrients has always been important for our health. However, most of us never really consider the ramifications of not getting enough of one of these nutritional elements. Yet, those consequences can be serious. Without B12, for example, your body would have difficulty creating healthy blood cells. Below is more information about the role of B12 and how to make sure you’re not short-changing your body when it comes to this vitamin.

Benefits of Vitamin B12

Vitamin B12’s most important role in your body is helping to create healthy blood cells. That’s because the vitamin helps to create the DNA needed for cell division, especially in cells which are rapidly dividing which is what happens in the bone marrow when red blood cells are being produced. Without sufficient DNA, the cells could not divide properly and red blood cell production would be slowed and/or abnormal blood cells known as megaloblasts form. In either event, the individual with the B12 deficiency suffers from anemia.

The vitamin is also necessary to the nervous system because it helps the body create a protein known as myelin which surrounds and protects the nerves from damage. Without enough myelin, your nervous system could be vulnerable to damage. There is also some evidence that B12 may protect the body from being damaged by free radicals, such damage can lead to cancer and other health problems.

Causes of Vitamin B12 Deficiency

Most people have no trouble getting sufficient Vitamin B12 in their diets. The vitamin is found in meat products, eggs, milk, and some cereals that have been fortified with additional vitamins. Not much is needed in our daily diets, especially because up to 5 grams of excess B12 can be stored in our bodies for use later on.

When there are problems with adequate B12 levels, the reason usually stems from problems with absorption of the vitamin than sufficient intake. That’s because a certain chemical produced in the small intestines is needed to absorb B12. Some people are not able to manufacture the chemical and are, therefore, at a greater risk of being deficient than others.

When B12 is not available in proper amounts to produce healthy blood cells, another possible cause is a vegan or vegetarian lifestyle. Because the primary natural sources of the vitamin are animal products, including shellfish, most vegetarians do not receive the nutrient from their diet. Unfortunately, many people who do adopt this lifestyle do not realize until its too late that they have Vitamin B12 deficiency thanks to a process known as reabsorption.

Basically, some B12 leaves the body in bile daily but the vitamin is then reabsorbed by the body and reused. However, the levels that are excreted drop when no more of the vitamin is being taken in to the body. As a result, the damage from the deficiency can sometimes take up to two decades to present itself. That’s compared to only three years if the body has problems absorbing the B12 initially.

Positive effects of Vitamin B12 can be also obtained from No Shot B-12 1000mcg Sublingual, which is an all-natural dietary supplement.

2 Responses to “Vitamin B12 Benefits for Healthy Blood Cells”