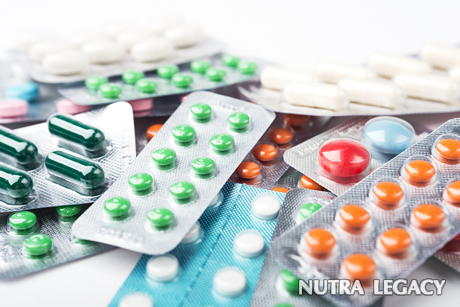 Currently the emergence of bacteria which are resistant to all known antibiotics is on the increase. Yearly, it seems, there are reports of new super-bugs and of hospitals that have had to close temporarily due to outbreaks of MRSA (Methicillin-resistant Staphylococcus aureus). Such diseases can be life threatening. Where have these super bugs come from and what can we do to protect ourselves and future generations? This article will seek to find some answers to these questions.

Ever since Louis Pasteur discovered the first antibiotic, our ability to restore patients to health has considerably improved. Doctors and nurses can now use antibiotics to target dangerous disease causing bacteria in the body. Antibiotics are used to kill those bacteria responsible for tuberculosis, syphilis, pneumonia and septicaemia to mention just a few.

Probably one of the most famous antibiotics in penicillin, which was discovered by chance in 1928 by Alexander Fleming. However, it was only in the 1950s that the use of antibiotics among the general population began.

Where are antibiotic resistant bacteria coming from?

Essentially the problem is that bacteria are able to reproduce themselves very rapidly in a short space of time. They are also able to swap genes, which makes them very adaptable in developing resistance to our antibiotics. Some forms of tuberculosis (TB) are now resistant to up to nine different antibiotics, which makes them essentially untreatable.

What diseases are on the increase because of resistance?

Some strains of TB are now resistant to all nine types of antibiotics that have in the past been used to cure patients. Consequently the numbers of those suffering with this disease is on the increase again.

Other diseases which are increasing in some parts of the world due to resistance are: polio, diphtheria and the Ebola fever in West Africa.

A lot of scientists and medical companies are working on this. However, it is a long and costly process. It can take several years from discovering a suitable antibiotic, to its production and availability to the general public. Ultimately however, it is not a definitive answer since bacteria seem to be much quicker at developing resistance than we are at creating new antibiotics.

Antibiotics can not help to cure colds, the flu nor most sore throats. These are caused by viruses, which will not be affected by a course of antibiotics.

Complete any antibiotic course prescribed by your doctor. Not completing your course may in the long term effect more than just your health!

Keep high standards of hygiene. Remember to wash your hands with soap and water, not doing this is one of the main ways of transferring antibiotic resistant bacteria.

Don’t overuse antibiotics. Only use them in consultation with your doctor, and if they are necessary try to use targeted antibiotics which are less likely to produce resistance in other bacteria in your body.

One Response to “Antibiotic Resistance Facts”