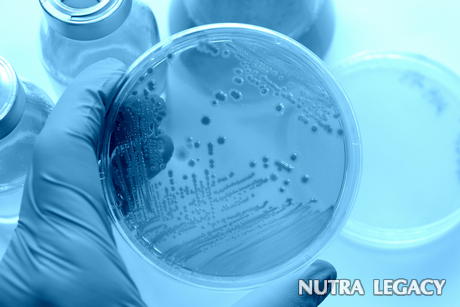 Many decades ago, silver was considered to have some anti-bacterial properties. The belief is that the bacteria’s cells absorb the silver which makes it difficult for them to take in oxygen thus causing them to die. Other research shows no real connection between silver and anti-bacterial properties. However, colloidal silver (a liquid containing silver particles) products are on the market today as supplements that will supposedly fight several types of bacterial infections.

Some research has shown that a few of the colloidal silver products on the market do fight bacteria in the lab. However, the consumption of silver can lead to severe side effects including a permanent condition known as argyria, a permanent condition which causes discoloration of the skin, some organs, gums and nails. Other effects can include headaches, stomach problems, kidney damage, seizures, and fatigue. Silver can also interfere with prescription antibiotics such as penacillamine and tetracycline in addition to drugs such as quinolones and thyroxine.

Over-the-counter colloidal silver products are not considered by the U.S. Food and Drug Administration (FDA) to be generally recognized as safe and effective for diseases and conditions. Because of its limited potential for effectiveness and its risks, colloidal silver may not be the best choice for a natural anti-bacterial agent.

However, there are two other options that show more promise.

We may already love garlic in our favorite foods, but more recent research has suggested that garlic contains a chemical that can actually fight bacteria in our bodies. This chemical agent is called Allicin and is found in large quantities within garlic. Two studies have shown Allicin to be effective in combating even antibiotic-resistant strains of bacteria, sometimes known as “superbugs.”

While consuming garlic supplements or adding more garlic to our food can help combat some types of antibiotics, researchers are also looking at ways to begin using Allicin in hospitals to prevent infections around wounds or surgical areas. The garlic derived agent could also turn up in antibacterial soaps and other similar products as a tool to combat the spread of bacteria.

Another potential natural anti-bacterial agent is oil derived from oregano. Recent studies conducted at Georgetown University have discovered that one of the components of oregano – carvacrol – has been shown to treat bacterial infection as well or better than modern antibiotics. Carvacrol may be an effective remedy to drug-resistant bacteria.

In the research, oregano oil was used against a common bacterium known as staphylococcus (this bacteria causes staph infections and other serious health problems) which is quickly developing a resistant to many of the most powerful antibiotics on the market today. Even at low doses, the oil was shown to slow down the bacteria’s growth. While this test was done in a test tube, a follow up test was conducted using mice. The results showed that more than half of the mice treated with oregano oil survived at least 30 days compared to 3 days for those treated with just plain olive oil.

One Response to “A Few Natural Anti-Bacterial Agents”