5 Methods How to Treat an Ulcer

Signs of an ulcer can include a burning or pain in your stomach after eating, no matter what is eaten or the amount that is eaten. The burning sensation and pain will normally occur around your stomach area. Peptic ulcer symptoms can also include indigestion, heartburn, and frequently burping. Blood in your stool or vomit may also indicate that you have an ulcer. Weight loss or no desire to eat can also be signs of a peptic ulcer or other ulcer type as well, either because there is no appetite or because eating makes the pain even worse. Nausea can also be a sign that you have an ulcer. Anemia and weakness can also result from this condition if the ulcer is bleeding. A gnawing pain can be felt in the breastbone as well. Eating may either relieve an ulcer or make it worse, depending on the specific ulcer type. 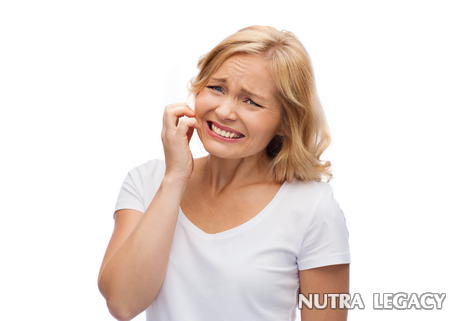 1. Diet As a Stomach Ulcer Treatment

Diet can play a big part in ulcer treatment. Many foods should be avoided, such as alcohol, coffee, soda, salt, and sugar, to name a few. But just as important as what you do not eat is what you do eat. Many foods are high in nutrients needed to both prevent an ulcer and speed up the healing process. Cayenne pepper used to be a big no no if you suffered from an ulcer, but this as been shown to be false. Cayenne pepper can help to stimulate the blood flow to the affected area, and can be used in moderate amounts. Cabbage and garlic have both also been proven to help soothe and heal ulcers. Eating a diet rich in fresh fruits and vegetables can also help heal an existing ulcer, and prevent one from forming.

There are many herbal remedies which can help alleviate ulcer symptoms and heal them faster. One of these is Bilberry, which can help reduce any inflammation in the digestive tract. Calendula has several healing properties as well, to soothe and heal ulcers. Chamomile has soothing properties both for the stomach and the nervous system, preventing stress and the overproduction of stomach acid while cooling and soothing the lining of the stomach and intestines. Licorice, Marshmallow, Comfrey, and Yarrow have all also been shown to be effective in healing and treating ulcers.

3. Treating an Ulcer With Lifestyle Changes

Lifestyle changes can play a big part in ulcer treatment. Smoking cigarettes, cigars, and pipes can contribute to slower ulcer healing, and these should be stopped. The same is true of alcohol, and drinking can cause severe pain and bleeding from the irritation. Try to avoid non steroidal anti inflammatory drugs, because these products can also cause irritation and make ulcer symptoms flare up. Avoid stressful situations, because stress will cause your stomach to produce acid, and this can aggravate your ulcer. Changing your lifestyle can help minimize peptic ulcer symptoms and speed up healing.

There are a number of medications that your doctor can prescribe, to heal the ulcer or manage the symptoms. You can also use over the counter medications, such as Maalox, Tums, Zantac, Pepcid, and other medications to control peptic ulcer symptoms. These medications may relieve heartburn, nausea, and indigestion, but they will not heal the ulcer. Antibiotics are usually prescribed to cure the underlying H. Pylori infection which caused the ulcer, and these can include Biaxin, Flagyl, Amoxil, and others. Prescription strength Zantac and Tagamet can also be prescribed if the OTC version is not effective. Drugs called proton pump inhibitors, which include Prevacid, Aciphex, and Prilosec, may also be prescribed by your doctor.

Sometimes all other methods are not effective, and surgical treatment may be needed. In other cases, surgery may be needed to treat a perforated peptic ulcer, a bleeding ulcer, or other complications. Surgical treatment for an ulcer is usually the last resort, unless complications occur such as bleeding or perforation, and is used after medications and other methods of treatment have failed. During the procedure, the area with the ulcer is removed and the tissues are reattached to cover the missing portion. Another surgical treatment is to cut the vagus nerve which causes the stimulation for acid production, and this reduces the amount of acid produced. Both procedures may be performed together or separately. These treatment methods require a longer recovery time.