What is Bulimia Nervosa? 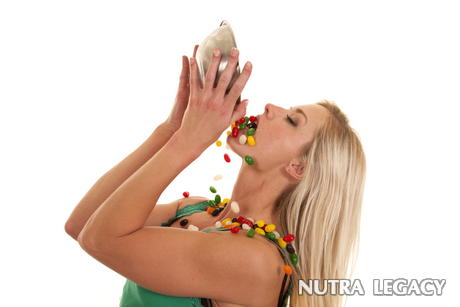 The question of “what is bulimia” is something that needs to be asked. With millions of sufferers dealing with this condition, learning how to answer this important question can mean the difference between life and death for those who have it.

The Mythical “What is Bulimia” Answer

Unfortunately, many people have the wrong idea about bulimia. Some people even joke about it being a great way to lose weight because you can eat whatever you want and never gain a pound. Others think overcoming bulimia, like anorexia, is just a matter of will power. You just make up your mind to eat and to keep your food down. To some, that’s how easy the problem is to fix.

What is Bulimia Really?

Bulimia is actually much more complicated than commonly thought. This eating disorder is characterized by two activities: binging and purging. As many of us do, bulimics find comfort in food. When something stressful happens in their lives, they rush to eat something delicious to improve their mood. This is known as purging. Unlike most of us, bulimics can begin eating and find it almost impossible to stop. When they do stop, they may be shocked by how much they have eaten.

When they realize what they have done, they are overwhelmed by a feeling of being out-of control. They feel guilty and ashamed of themselves. Getting rid of these negative feelings can only be accomplished symbolically by eliminating the source: the consumed food. This is where purging comes into the picture. For most sufferers, vomiting or laxatives are the preferred methods of purging. However, non-purging bulimia also exists. In this case, binges are followed by a period of fasting and/or over-exercising.

Because periods of binging and purging take place in private, the actual acts are sometimes not the first signs of a problem that are noticeable. If you are concerned that someone may have or may develop this type of eating disorder, look for unusual behaviors regarding food. For example, if the person hoards food or frequently eats in private, these could be signs of binging behavior. You may also notice that the person disappears frequently during or after a meal, or you may find laxatives or similar products in their room or home.

Bulimia can also cause more obvious signs of health problems. Negative changes to a person’s teeth and gums are common signs because of the damage stomach acid causes. Dry skin, excessive fatigue, constipation or diarrhea, and cessation of the menstrual cycle are all signs of bulimia.

Teens are far more likely than adults to develop bulimia, and most sufferers are female. Ten out-of every 11 bulimics are women. Most of these individuals already have body image problems that may be compounded by periods of stress or change in their lives. Some bulimics begin as anorexics that are looking for a way to compensate when they lose control and eat too much food. As with anorexia, a genetic factor is likely. Some researchers have also suggested that serotonin levels in the brain may be a culprit in the development of this disorder.