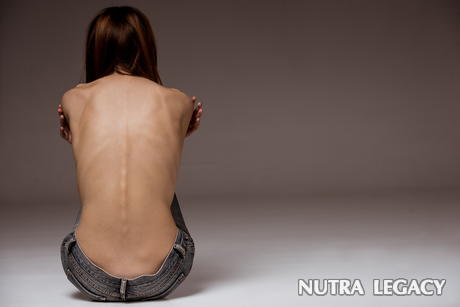 While the media spends a lot of time discussing body image and eating disorders, few of the news programs or talk shows really answer one of the most important questions: what is anorexia? In order to understand and treat this deadly disorder, we first need to answer that question.

The Mythical “What is Anorexia” Answer

For some people, anorexia seems like a simple problem of will power. Sufferers seem to have made up their mind not to eat so they don’t eat. The frustrating thing for people who believe this definition is they can’t figure out what to say or do to make the person stop being so stubborn and to eat. Unfortunately, this disease is not that simple.

What is Anorexia Really?

Instead, Anorexia is a disease that affects the physical, mental, and emotional parts of a person. The disorder is not just about trying to look skinny so people will think he or she is beautiful. In most cases, the disorder develops out of the person’s desire for control. When we feel out of control, the one thing we can always control is our food intake. And that’s what these women and men do: they become obsessed with controlling what they eat. Most anorexics know to the exact calorie the amount of food they are eating in a day and/or the amount of calories they have burned up by exercising.

Anorexia is also often marked by an intense fear of weight gain. This fear is not always due to cosmetic concerns. In fact, the perceived weight represents a sign of weakness and failed self-control. Sufferers may think they are bad people because they cannot stop themselves from eating even if they are really not consuming enough food for proper health.

One of the most horrifying parts of anorexia is the disorder makes the sufferer feel incapable of relinquishing control, yet makes them keenly aware that what they are doing is not “normal.” For this reason, most anorexics do try to hide their condition in many ways. However, if you know some of the signs to watch for, you can spot the disease before it progresses too far.

These signs include skipping meals and finding reasons not to eat, developing food rituals such as spending a lot of time chewing or cutting the food, weighing food, looking in the mirror frequently but disapprovingly, wearing clothes that are much too big, and making serious statements about being overweight when that is obviously not the case.

Who Is Affected by Anorexia?

When you try to understand the answer to the “what is anorexia” question, you have to look at the people most likely to be affected as well. Ninety percent of sufferers are women. The majority are teenagers. The reason for this may have less to do with being image-conscious and more with adolescence being a period of intense change. People who find it difficult to deal with changes in their lives may become desperate to regain control. This is also why people who would be described as perfectionists are more likely to become anorexic. Interestingly, anorexia also tends to run in families so there may be some genetic factors at work as well.

2 Responses to “What Is Anorexia?”