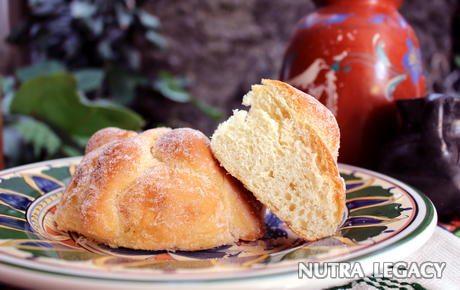 A fat soluble vitamin, Vitamin K owes its name to the word “koagulation” which is a German word. Coagulation is the word used to describe the process of blood clot formation, in which vitamin K plays a central role (see below). Vitamin K occurs in two forms. Firstly plants synthesize a substance called phylloquinone. Phylloquinone is also known as vitamin K1. Secondly, a number of forms of vitamin K are synthesized by bacteria. To do so, bacteria utilize 5-carbon units which repeat in the side chains of molecules. These bacteria synthesized forms are known as menaquinone-n (MK-n). The n denotes the number of repeating 5-carbon units. MK-n forms of vitamin K are collectively known as vitamin K2. Bacteria do not synthesize MK-4 in significant amounts. However, it can be synthesized by humans and other animals from phylloquinone (vitamin K1). MK-4 can also be formed from menadione. Menadione is a synthetic form of vitamin K which is put in animal feed. MK-4 (vitamin K2) can be found in a number of organs in the body, other than the liver, and at higher concentrations than phylloquinone (vitamin K1). Because of this, and the fact that there is a unique pathway to synthesizing MK-4, it is thought that MK-4 has a biological function that is itself unique, but that function has not yet been identified.

Vitamin K helps to make four out of the 13 proteins that are required in the process of blood clotting. The role that vitamin K plays in the clotting cascade is so critical that people who take anticoagulants (for example, warfarin) must also take care to ensure that their vitamin K intake remains sufficient and stable.

Vitamin K is found in many different foods including leafy green vegetables (collard greens, kale, broccoli, parsley and Brussels sprouts). It is also present in commonly used cooking oils. Some multivitamins also contain vitamin K (but not all).

Scientific research has shown that vitamin K has a role to play in building bones. Low levels of vitamin K have been linked to decreased bone density. Supplementation with vitamin K has proven to have a positive effect on bone health as assessed by biochemical measures. Research carried out by the Nurses’ Health Study stated that women who ingest 110 micrograms of vitamin K per day at least, are 30 per cent less likely to fracture a hip than those whose intake is less than that. The study also showed that among the subject nurses, eating a serving of leafy green vegetable a day (such as lettuce or kale) reduced the risk of breaking a hip by half when compared with eating only one serving a week. Research carried out by the Framingham Heart Study similarly shows a correlation between a lower risk of hip fracture and high vitamin K intake in women and men. The study also noted enhanced bone mineral density in women who had a high vitamin K intake.

There may be a reduced risk of vitamin K deficiency in individuals who eat leafy green vegetables on a regular basis. However, research suggests that only a quarter of Americans meets the requirement for vitamin K intake from food. Vitamin K supplementation is therefore worth considering to ensure that the body receives the recommended daily dose.