Use of Ligustrum Herb to Strengthen Immune System 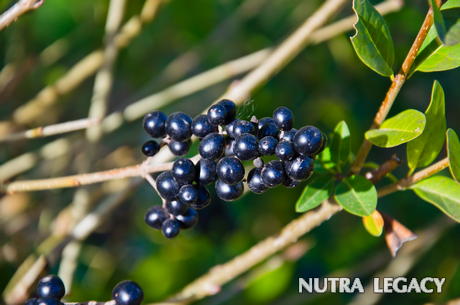 Ligustrum comes from the berries of a glossy privet tree, native to China and Eastern Asia, with the latin name ligistrum lucidum. It has a history of use in Chinese medicine. “Yin and Yang” is a central concept in Chinese medicine used to illustrate and describe how seemingly opposite forces are combined. They are believed to be opposite and yet interdependent in the natural world. Ligistrum was traditionally used as a tonic to strengthen “yin” which is the feminine or passive element in “yin and yang”. In modern day Chinese medicine and language, ligistrum may be said broadly to be used to have a fortifying effect on some bodily functions. It can be used in combination with other herbs used in traditional Chinese medicine to stop ringing in the ear and for the treatment of vertigo. It was also used in traditional Chinese medicine to blacken hair, or prevent graying. For this reason, ligustrum is thought to have anti aging or rejuvenating properties, although there are no scientific studies or evidence to back up this belief.

A well known herbal combination used in Chinese medicine is called “Erzhi Wan” which translates as “Two-Solstices Pill.” It contains ligustrum berries that have been harvested during the winter solstice, combined with eclipta alba, which is another herb harvested during the summer solstice. Treatment with this combination treatment is believed to assist in balancing the two opposing energies of yin and yang.

The active ingredient of ligustrum thought to bring any medicinal effect is ligustrin, or oleanolic acid. In modern treatments and supplements, ligustrum is believed to assist in strengthening the immune system. For this reason it is often recommended for people who are being treated for HIV, AIDS or cancer, or as a treatment for people who are suffering from a depressed immune function. However, there is currently no scientific evidence that ligustrum has any beneficial effect in treating the conditions themselves.

Ligustrum may also have an anti-parasitic and anti-viral effect. It is also believed to have a positive effect on the liver, protecting it from chemical damage. Ligustrum is thought to possess properties that can help to prevent cancer and stimulate the immune system. It is also believed to suppress inflammation, however, scientific studies in all these areas (largely carried out in China) are at a preliminary stage and are not thought to be conclusive.

Ligistrum is taken in doses of 5 mg 2 or 3 times per day. It can be taken as encapsulated powder or in tablet form. It can also be taken as a tincture or the berries can be powdered or crushed and used to make an infusion or tea.

Although ligustrum is a well used herb and is well tolerated by users in general, it has not undergone any detailed scientific tests in order to comprehensively examine its effects. The tests that have been carried out have not been fully verified. Therefore, nursing or pregnant women and young children should seek medical advice before taking ligistrum. However, no adverse effects have been reported, nor are there any known drugs that ligistrum might interact with.

One Response to “Use of Ligustrum Herb to Strengthen Immune System”