U.S. Researchers May Have Made A Discovery For An Obesity Treatment 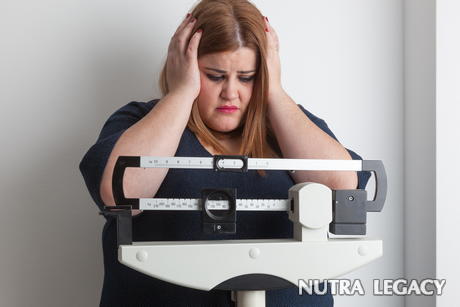 US researchers from Harvard Medical School may have found a terrific advancement in the treatment of obesity, but exactly what is it? Could it be the breakthrough that an extremely obese American population has been waiting for? The secret to the advancement was not known at first, and many wondered if exotic ingredients, strange diets, or even alien involvement could be involved somehow in the well kept secret until recently. The findings of the research were recently studied, and the secret become known. It surprised many people, and at first some refused to believe the facts. Obesity epidemic is nationwide, and is becoming more common in other countries as well. A treatment for this condition could affect and improve the lives of millions of people, and researchers stated that they had made an amazing discovery to help unlock more effective obesity treatments. So what is this new advanced discovery that science has found?

Leptin is the answer, but in a completely new and revolutionary way. Leptin at one point in time was thought to be a miracle treatment for obesity. Research showed trials where mice lost weight when they had sufficient amounts of this amino acid protein in their body. There was just one flaw in this method of treating obesity, and that was the fact that unlike the mice, human patients develop a resistance to the beneficial effects of this protein so the weight loss effect goes away after a time period. Leptin is responsible for regulating your body weight and your metabolism, and sends signals to stop eating when you are full. When a resistance to the protein develops, the body no longer responds when these signals are sent. The researchers have discovered two different drugs that can help overcome leptin resistance in mice, and these medications are already approved for human use by the FDA.

The drugs work by reducing stress in a specific structure of the brain called the endoplasmic reticulum, called the ER for short. High amounts of stress in this area cause the leptin receptors to lose sensitivity, and lead to leptin resistance in mice. Reducing the stress helped to increase the leptin sensitivity, allowing the protein to be effective once again at fighting obesity. The next step is to see if the same results are seen with human patients in clinical trials, and the researchers are hoping this proves to be the case. If it is, this will mean an obesity treatment that can actually be effective, unlike almost all the treatments that can be found now. The two drugs used in the research studies were a drug to treat cystic fibrosis called PBA, also known as 4-phenyl butyric acid, and a medication intended to treat liver disease called TUDCA, which is short for tauroursodeoxycholic acid. In addition to research for obesity cure, subsequent research led by Dr. Roger Unger at UT Southwestern Medical Center showed terminally ill rodents with type 1 diabetes have been restored to full health with a single injection of a leptin substance instead of insulin.

Leptin was discovered in the year 1994, and right from the start scientists knew that this protein was important to weight stabilization and a possible treatment for obesity. Because of leptin resistance though, the protein was only considered a temporary fix. There are many obesity treatments and medication on the market today, but they are very ineffective and can have serious negative health effects as well. Leptin is not a drug, it is a protein that is created in your body and it helps to regulate your weight, metabolism, eating habits, and other things like causing puberty and reproductive functions. This protein acts as a sensor for the size of the fat cells, and if the cells become too large leptin corrects this situation. People who have low levels of this protein may become obese because of this fact. The research study may help determine a safe and effective obesity treatment that can help eliminate the medical risks and self esteem issues that this medical condition can cause.