Gone are the days when traveling by air was actually enjoyable. Between the overbooked seats, high fares and smaller and smaller sitting room, we are at a point of dread when we think about traveling. Now there is another reason to dislike flying: the airplane headache. 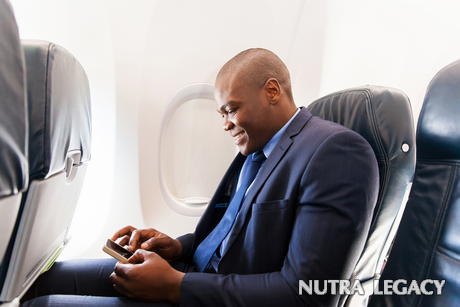 In 2004 medical literature reported the airplane headache as a diagnosis. There are distinct differences and symptoms that seem to occur to some people. The pain is usually on one side of the head close to the eye area and begins just as the airplane is landing. It typically doesn’t last more than thirty minutes for most that reported their case. It hasn’t been classified as a distinct disorder, and without that, additional serious research is usually not done. Italian researchers are battling to get the airplane headache listed as a subset, but due to the ongoing debates on the topic, it hasn’t been validated.

While it isn’t clear as to the actual cause of the airplane headache, there are theories that it is pressure related. During the flight there are variations in cabin pressure and some people may be more sensitive to these pressure changes than others. A panel of those that reported the headaches completed a questionnaire to see if there were any other potential causes, such as colds, sinusitis, etc.. None reported any problems. Some indicated that they knew they would have the headache and attempted to take medication prior to flying to ward off the pain. Only a small percentage (11 out of 74) succeeded with pre-medication. On the up side, there doesn’t seem to be any life threatening or dangerous situations associated with these headaches and they are short lived. Now that they know what to look for, scientists are keeping a look out for additional reports as an attempt to correlate any commonalities.