Anyone who’s old enough to remember a time before the Internet can appreciate that we now live in a brave and strange new world of information overload. The answer to any quandary, trivial or dire, is merely a Google search away for any middle-class citizen with a desktop, laptop or mobile device. Overall, this is a positive, and we at Nutralegacy.com would argue that this floating encyclopedia leaves far less room in our lives for some of the more useless myths, urban legends and old wives’ tales of yesteryear. Several of the most invalid of these claims concern personal health. For instance, going outside with wet hair doesn’t necessarily give you a cold, swallowed gum doesn’t stay in your stomach for seven years, and as any pubescent young man will learn, masturbation doesn’t cause hairy palms or blindness. Most of these silly old wives’ tales have been disproven to the general public through a sufficient combination of clinical research, empirical knowledge and/or reruns of MythBusters. However, a select few seem to linger like nagging little thorns in the side of civilization. One such example is that cracking your knuckles inevitably leads to osteoarthritis, and it’s this particular urban legend that we will tackle here. 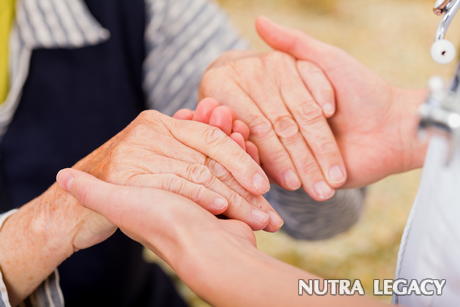 Now, for all of you habitual finger-poppers out there (approximately 40 percent of the population) who about to panic about your crippled future…relax. The bottom line here is that cracking your knuckles generally does not lead to arthritis. Consider the information below for a demystification of the action itself.

According to a Medical Myths column by Claudia Hammond of BBC.com, “The space between the joints increases, causing the gases dissolved in the synovial fluid bathing the joint to form microscopic bubbles. These bubbles merge into large bubbles which then get popped by additional fluid which rushes in to fill the enlarged space.

Once the joints have been cracked they can’t be cracked again for about fifteen minutes. This gives the space in the joint time to return to its normal size and for more gases to dissolve in the fluid, ready to form bubbles which can then pop all over again.

Taking an engineering approach, cracking the knuckles repeatedly over many decades could in theory damage the cartilage covering the joint. Comparisons have even been made with the mechanical wear and tear accrued over time by ship’s propellers, but the evidence that the same is happening in people’s hands is thin.”

That said, research on the subject is fairly sparse. Some of the most notable references come from a 1975 study of Jewish nursing home residents in L.A. and that Donald Unger guy who, for 60 straight years, only cracked the knuckles on his left hand. Even in more recent studies, the evidence is always unsatisfactory.

The truth is that people are far more likely to develop arthritis based on age, genetic predisposition and a history of heavy labor with one’s hands. So, where did the myth originate? We believe it’s safe to assume that the superstition issimply perpetuated by touchy onlookers who are either annoyed or grossed out by having to watch the knuckle-cracking process.