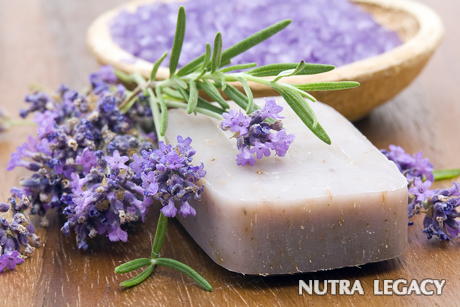 Medical research and the search for more effective drugs is a never ending preoccupation. Despite the huge investment of time and resources, cures to some of the world’s major illnesses and diseases remain elusive.

Phytotherapy is considered by many to be an “alternative” method of healing. In many countries, traditional or more conventional medicine is kept separate from phytotherapy or hebal medicine and phytodrugs. The word “phytotherapy” originates from the Latin word for therapy, therapia, which means to medically treat. Phyto also comes from Latin and means plant. Put simply, phytotherapy means herbal medicine.

Drugs derived from plant sources are known as phytodrugs. They are usually compounds made from a number substances derived from a number of different plants, and sometimes a single plant. Phytodrugs are generally thought to carry less side effects than many conventional drugs and are therefore considered desirable for the treatment of chronic conditions and metabolic disorders. For example, St John’s Wort (also known as hypericum perforatum) is used for the treatment of depressive disorders that are mild to moderately severe.

Herbal medicine has been used in many cultures for centuries. It has been recorded that large amounts of garlic were given to Egyptian builders when they were constructing the pyramids in order to prevent them from contracting malaria. Garlic has strong antimicrobial properties that have been used extensively through history. Herbal medicine was also very common in ancient Chinese medical practice, and herbal medicine is even mentioned in the Bible.

Phytotherapy remains an important medical concept to this day, and maybe a part of your life without you even knowing it. For example a cup of tea contains alkaloids which have beneficial pharmacological effects. Also, many spices are attributed with health benefits.

Many natural plant sources are used in what might be considered more traditional or conventional pharmaceuticals. The bark of the cinchona tree is a source of quinine which is used as an antimalarial drug. The peppermint plant produces oil from which menthol can be extracted. Menthol has properties which make it suitable for use as a local anesthetic and it also has counterirritant qualities. Plant substances may also be produced synthetically in a laboratory, but they are often modified chemically for reasons such as better absorption and transport within the body.

When phytotherapy has been around for so long, why is it considered an alternative method of medicine, rather than traditional? Phytotherapy is often thought of as being associated with more unconventional and scientifically unproven medical practices. For example, in the North African nation of Cameroon, traditional healers combine herbal medicines with prayer and other practices in their treatments, and this has become known as phytotherapy. That is perhaps why phytotherapy is usually classified as alternative or traditional, or is sometimes known as rational or allopathic phytotherapy, in order to set it apart from scientifically unproven methods that may have been passed down through the generations.

Phytotherapy is both historically significant, and backed by solid research and science. It is a massive area of medicine that cannot be written off or dismissed as being merely an “alternative” method.