The Secret Lives of Adaptogens (Part II of IV)

In another recent article, “Adaptogens: An Introduction,” we established that “the word adaptogen is a scientific, if not clinical, term for a natural herbal tonic or product that allows for a non-specific response to everyday stressors, fatigue and sources of anxiety.” 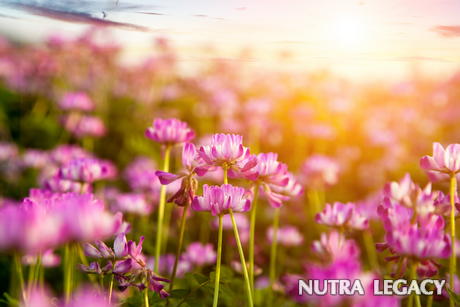 Now, let us discuss a few particular adaptogens and their specifically incredible properties. We’ll go alphabetical if it’s all the same to you.

Astragalus: Its Chinese name, huang qi, can be translated into “yellow leader.” This most likely comes from the yellow appearance of the root itself. Astragalus is native to Asia (they get all the good adaptogens!) and it’s safe to say that it’s one of the most treasured herbs in the dying art of traditional Chinese medicine. Astragalus boasts a myriad of valuable functions including the prevention and/or treatment of various heart conditions, diarrhea, night sweats, fatigue and increased immunity. Now, this specific adaptogen is being purified and bottled into supplements that supposedly boost natural telomerase activating extracts.

Chaga Mushroom: This adaptogen is actually a parasite. The fungus, also known as cinder conk, thrives on dead birch trees and bark around Eastern Europe, Korea and some areas of the United States. The appearance of chaga mushroom is hardly flattering. It looks like the remains of a burnt building or charred piece of meat. However, chaga has been used as a great remedy since the 16th century. Due to its high content of betulinic acid and its antimutagenic properties, chaga is a good combatant against gastritis, ulcers and various forms of cancer. In this medicinal category, this adaptogen could have a very bright and busy future ahead.

Eleutherococcus: Known to many as Siberian ginseng, Eleuthero root is actually an entirely separate adaptogen (the aforementioned moniker apparently stuck as a kind of marketing tool and was later banned as part of the Ginseng Labeling Act of 2002). Unlike ginseng’s fleshy root, eleutheroposseses a woody root that is dried and used, like other adaptogens, to help the body cope and “adapt” to all stress factors. It is known to boost focus, concentration, immunity and athletic performance without a significant crash or comedown.