Sugar Buzz: What Is It? 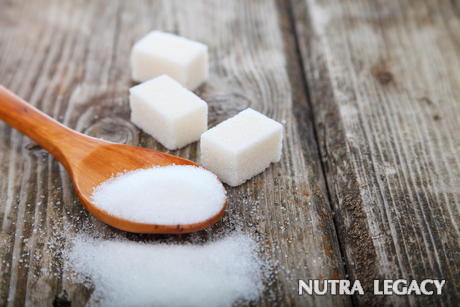 The sugar buzz is the idea that eating large quantities of sugar-rich foods will create hyperactivity in children. But is this true? Research now suggests that this is a myth and that for many people, eating too much sugar actually has the opposite effect.

Explanations for the Source of the Sugar Buzz Myth

The question is why so many parents are convinced that their children experience a sugar buzz after eating sweets? Part of the answer is that most of us do feel a little more energized after eating something sweet. That’s because of the quick release of carbohydrates into our bodies, and the effect actually does not last very long long.

There are other explanations as well. During the 1940s, food had to be rationed because of the war. The rationing of sugar and sweets presented a challenge, so the government started circulating stories to parents about a connection between sweets and the so-called sugar buzz. The idea could easily have persisted into modern times.

Two other reasons could be perception and circumstances. Parents who believe in the sugar buzz myth are more likely to view their child’s post-sweet consumption behavior has more hyperactive than normal. The latter reason has to do with when children are most likely to consume the largest amounts of sugar. Birthday parties, holidays, and Halloween are some good examples, and the excitement of the event could be a better explanation for the increase in hyper behavior than the consumption of sweet foods alone.

In more recent years, another reason has emerged to explain the sugar buzz myth. A few years ago a diet emerged that was meant to help parents treat their child’s ADHD. The diet stressed removing refined sugars from children’s diets because these supposedly made the condition worse.

How the Myth Was Known

A great deal of research has been conducted on this topic in order to convince parents and the public that the sugar buzz is a myth. One of the studies separated children into two groups. Both groups were fed sweets but one group was fed food made with sugar while the other group was fed food containing an artificial sweetener. Parents could not determine which group of children was supposedly suffering from that sugar buzz.

Parents who do see a change in behavior may not be seeing signs of a sugar buzz but of a caffeine buzz. Many foods high in sugar – chocolate and soda, for example – contain caffeine that can cause these types of reactions in some children.

Even if the sugar buzz was real, it would be a better reaction than what some people suffer when they consume too much sugar. This problem is known as hyperglycemia and is caused when blood sugar levels are too high. As a result, a person could end up suffering from blurred vision, increased thirst, and fatigue. People who have diabetes are the most likely to suffer from hyperglycemia. Watching food intake, exercising more, and relieving stress can help prevent high blood sugar.