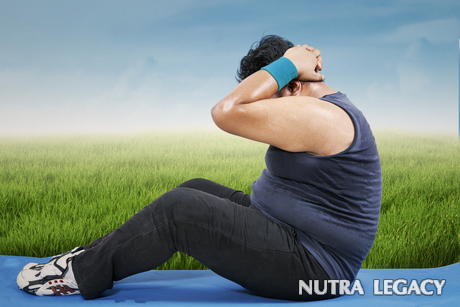 Social acceptance for many people is a difficult and sensitive matter. When you add in the factor of a person being overweight, the negative factors are greatly multiplied. It is probable that at some point in time we have all either been overweight or have known friends or family members struggling with obesity. Yet, it is disturbing to know that psychologically many of us do not regard obese people the same way we would if the exact same person were a normal weight. Obesity, as research has stated, normally affects your self esteem and your sense of worth. In Hollywood, where the celebrities roam, someone who is underweight is likely to evoke pity, while an obese person brings to mind negative and disassociative feelings. Obesity is a national problem, especially in the United States, that is becoming worse every year. This is seen by the number of drastic options becoming available such as stomach stapling and gastric bypass surgeries, not only for adults, but also for young people. People who are obese are often viewed as having no self control, under educated and the weight problem is blamed on overeating and indulging. It is important to realize this is not always the case. Being overweight is a major social and psychological problem that affects all age groups and all economic levels from the poor to the super rich.

Discrimination against people who are overweight occurs frequently in our country, and many times we may not even realize that we are being discriminatory. A person’s outward appearance may promote other individuals to “judge” and “accept” them based on weight factors alone. Many of us struggle to lose weight, trying one diet after another with either no results or weight loss that has a yo-yo history and only lasts a short term. This can result in people believing that overweight individuals are lazy or have no self control, and these negative stereotypes just help reinforce the view that obesity is the fault of the overweight person. The fault or cause may not be a controlled behavior as obesity may be the result of genetic disorders, glandular disorders, and mental disorders. Persons struggling with obesity and medical or psychological factors should seek treatment with a professional health care provider.

In the US, it may be slow, but it is starting to be more socially acceptable to be overweight. But there is still a stigma attached. The media and advertising firms still use very skinny models most of the time, sending messages of inadequate body image to those who are overweight. It must be said that is not true of all companies; there are well known and important women in Hollywood, business and politics who are big and beautiful and are helping to break the advertising and predominant model mold.

Social acceptance and weight control are related, resulting in many people suffering from eating disorders. Bulimia and Anorexia Nervosa are becoming more common as teenagers and adults battle weight problems, emotional problems or a combination of both. These eating disorders can have severe and sometimes fatal consequences. The more weight you carry over the ideal amount for your body, the greater your risks are of developing health issues. In addition to seeking treatment, it is important to eat a healthy and nutrient dense diet, so that your body benefits from all the vitamins, minerals, and other nutrients. Eliminate foods that are processed, high in calories while being low in nutrients, high in fat, sugar, and salt. All organs’ and body systems’ functions depend on having the right materials to work efficiently. Too many of us try to cut back drastically on food to lose weight. This can actually make problems worse, because your body does not get the nutrition and building blocks essential for optimal health. The drastic calorie cutting causes your body to use calories more inefficiently and reserve as many as possible in the form of fat. By eating several smaller meals a day, incorporating an acceptable exercise program based on your abilities, you will see and feel a difference. Your health willl likely improve significantly and your clothes will probably fit better giving a big boost to your self esteem.

One Response to “Social Acceptance for Overweight People”