For years, those people that suffered from fibromyalgia were not taken seriously. Because a majority of patients were women, the medical industry brushed the complaints off as psychological or women that just wanted to complain or receive attention. This is now considered a serious and common pain condition with a total number of those that suffer counting to around five million in the United States. Symptoms include chronic pain in a variety of areas of the body and can last as long as three months. Additional symptoms can include fatigue, deeper muscle pain, irritable bowel syndrome, sleep problems, numbness and depression. The problem with fibromyalgia is that scientists and doctors don’t know what causes it and therefore they don’t really know the best methods to treat it. Medications of all types have been involved, but many people simply do not want to continue to add medicines with major side effects. In the last decade more and more people are searching for natural treatments for fibromyalgia with some promising results. 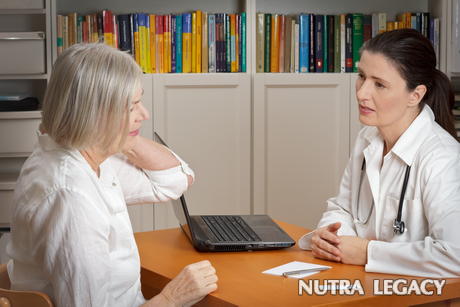 The National Institutes of Health (NIH) as well as the National Center for Complimentary and Alternative Medicine have gathered a list of some of the natural treatments for fibromyalgia. It is always advised that you consult with your primary medical care giver before making any lifestyle changes or adding anything to your daily regiment.

Some of the physical treatments suggested include: acupuncture, chiropractic, biofeedback, magnet therapy, hypnosis, massage therapy, and tai chi. Each modality addresses a different level of either inward and external treatment, mind-body control, muscle manipulation and the ability for the brain chemistry to alter the body responses.

Certain supplements and vitamins have been found to address the symptoms of fybromyalgia. Specifically, vitamin D and magnesium supplements as well as allowing the body to generate it’s own vitamin D by getting out into the sunshine. SAMe (S-Adenosyl-L-Methionine) is a naturally occurring substance in the body that is related to the relief of pain. Very little study has been done to show overall successful benefits.
Capsaicin is derived from the paper plant and considered a natural form of pain relief. The active ingredient is actually found in a variety of lotions and sprays at the local pharmacy. When applied, it appears to stimulate the release of a chemical in the body called substance P. Capsaicin has been used for many years for the treatment of chronic pain in cancer, diabetes, and cluster headaches.
The Melatonin hormone is naturally found in the body and is involved in the promotion of sleep. It has also been used as a natural therapy for those experiencing sleeping problems, chronic fatigue, depression and fibromyalgia. Melatonin is available in pill form.
Black cherry juice is rich in flavanoids called anthocyanins and are natural pain relieving agents. They also contain melatonin which has been suggested as a treatment. There have been a few studies to show that cherry juice, and specifically black cherry juice has shown significant pain relief and may be a choice as a natural treatment for fibromyalgia.