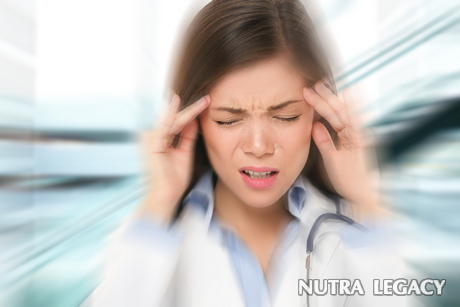 More Americans are suffering from chronic pain today than ever before. The reasons are numerous, including increased joint strain caused by obesity and the prolonged sitting and standing postures most of us deal with because of our jobs. Along with this rise in pain comes the desire for more effective treatment methods. Prescription painkillers like Vioxx have been found to be dangerous, while others like Oxycontin are addictive. That’s why it’s no surprise that many people are turning to herb remedies.

The Findings of One Study

A study reported in 2006 in Canada found that certain herbal remedies may actually be just as effective in pain control as prescription medications. The study included a review of 10 randomized controlled patient trials in which patients were given devil’s claw, white willow bark, and cayenne plasters. The control groups were given placebos or Vioxx. The trials involved 1,600 patients who suffered from low back pain, and the trial was intended to only study short-term effectiveness.

While the study clearly indicated that pain sufferers could benefit from herb remedies, the physicians in charge of the review were cautious in recommending them too enthusiastically because so little is known about their side effects and because herb remedies are unregulated, meaning the products’ consistency is always in question; however, the studies do suggest that herb remedies may be just as good a choice as prescription medications.

Two products currently available include a combination of herbs such as ginger and turmeric, which help reduce inflammation. Turmeric, for instance, contains curcumin, which is believed to reduce pain for people suffering from psoriasis and rheumatoid arthritis. Both ginger and holy basil, another common herb remedy, are believed to have their own effectiveness.

Of course, arthritis is not the only source of pain in the human body. If you’re an athlete suffering from an injury, or if you’ve recently had surgery, another herb known as arnica is believed to be helpful. British researchers have found that when arnica was given to patients after a tonsillectomy, their pain levels were reduced. German physicians also found that it helped reduce knee swelling after surgeries or injuries.

While herb remedies are one of the leading sources of alternative pain relief, other alternatives are also believed to help patients cope with pain. For example, many osteoarthritis sufferers have found relief from using Chondroitin sulfate and glucosamine. Capsaicin, which is the ingredient that makes chili peppers so hot, has been shown to help reduce the pain and ache associated with muscle injuries and arthritis. Some supplements made from red seaweed have also been found to reduce joint inflammation. Fish oil may be one of the best known examples of these remedies. Recent studies in Scotland found that two-thirds of patients who took fish oil for 10 weeks as a treatment for neck and back pain were able to give up their prescription pain killers altogether.

The bottom line is that alternative and herbal remedies are now being shown to have legitimate uses in the realm of pain relief. Prescription and over-the-counter drugs are no longer the only options available to pain sufferers.

One Response to “Herb Remedies for Pain”