As we become more of a global community, the ideas and concept of beauty within various cultures is changing. The United States has become a melting pot of cultures, with an appreciation of varying cultural ideas of attraction. Rhinoplasty is one of the more popular surgical procedures and offers the patient the ability to have the type of nose that is most appealing without any extreme ethnic appearance. The goal of rhynoplasty is to create a nose structure that is natural in appearance and blends in harmony with the face. There is a vast difference between an Asian type of rhinoplasty and Caucasian. If you are Asian, you should seek out a surgeon that specializes in the needs of your type of rhinoplasty. 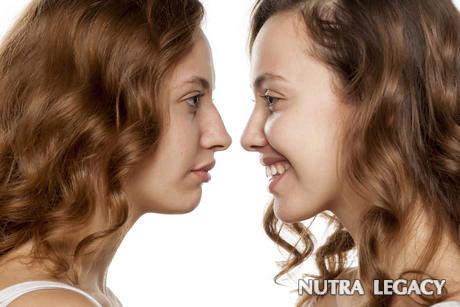 Patients with a Korean heritage typically have the Asian nose characteristics. These may include a more flat bridge nose with little bony height in the bridge of the nose and softer more ill-fitted looking nasal tips. The cartilage is thinner and the skin is thicker with nostrils that have a tendency to flare. Thinner cartilage presents a more involved procedure as it may have to be reinforced to accomplish the type of permanent look that is desired. The shorter nasal bones can also create a higher risk for the patient for nasal collapse.

There are influences in some Asian cultures who share the belief that having visible nostrils will deter their ability to have wealth. Korea remains the country with the highest infatuation with all types of plastic surgery. Approximately three million women in Korea underwent some form of plastic surgery in the last year. Plastic surgery is so common that around thirty percent of women in the twenty to fifty age group have had some kind of plastic surgery performed. Under the age of thirty, the percentage is as high as fifty percent. It might be noted that American women fall only a few points behind their Korean counterparts with plastic surgery and augmentations. Koreans often follow the fashion and beauty trends of other affluent countries; with members of their political and entertainment fields proudly showing off their surgical results.

One of the peculiarities of Korean rhinoplasty is the high demand of alar based excision. This is a reduction of the width of the nasal base and nostril flare. This is often combined with tip enhancement as well as with eyelid surgery to create a less ethnic and more balanced appearance with an upper eyelid crease. While a larger percentage of people with Korean descent are seeking nasal augmentation with an increase in tip projection. Caucasian patients generally request a reduction.

Korean patients have expressed that they don’t want to have a Caucasian nose, just less of an ethnic style. The peculiarities of Korean rhinoplasty go beyond just a concept of imitation. The general overall consensus of their concept of what is an attractive nose typically includes a triangular shape with a slightly larger tip than is usually found in their ethnic group.

One Response to “Peculiarities of korean rhinoplasty”