Thanksgiving, Christmas and New Year’s provide a three-pronged punch of salty, bready pleasure foods for a large portion of the world. It’s the time of year when cheer and spirit tempt people to abandon their low-carb diets and gluten-free scruples. But, as we all know, high sodium intake from our favorite holiday staples is a big risk factor for high blood pressure and heart disease—still leading causes of death in the U.S. 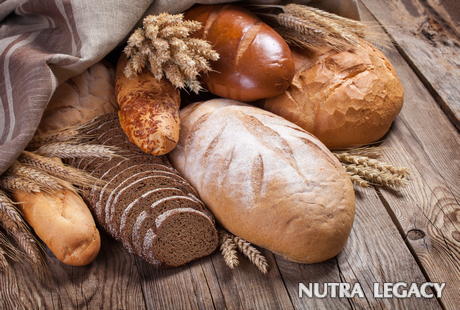 However, we may have a tip for reducing salt in your next holiday feast (at least via dinner rolls) thanks to a new report in ACS’ Journal of Agricultural and Food Chemistry. According to the scientists that authored the study, you can make bread taste wonderfully salty without adding salt to the dough. Simply change the bread’s texture and make it less dense by enlarging the pores in the dough, and they assert that the bread will be perceived as salty and potentially revolutionize more than just holiday diets.

Scientist Peter Koehler and his team explained that citizens of industrialized nations consume twice as much salt per day as the World Health Organization recommends. Globally, 40 percent of adults over 25 have been diagnosed with high blood pressure and heart disease caused 30 percent of all deaths in 2007. These kinds of statistics are what prompt the market for substitute products like fake cheese and butter spreads, but that route usually doesn’t pay off in the taste department. So,Koehler and his team set out to experiment with a salty bread substitute of sorts that wouldn’t skimp on taste.

According to MedicalNewsToday.com, Koehler and colleagues found their substitute when,“they baked bread using different proofing times. Proofing is when a baker lets the dough rise. Longer proofing times lead to softer breads with larger pores. The subjects in the study rated the fluffier bread with the longest proofing time as noticeably more salty, even though each bite actually contained less salt.”

Next time you cook your family a feast, try playing with your bread’s density and nix the salt. See if your diners can tell the difference.