Mayan Calendar: End of the World?

The peak interest in the infamous end of the world scenario of the Mayan calendar seemed to have occurred in 2009. Interest covered an array of reasons, from television shows to movies released on the topic. The Mayan calendar, which displays the last day as Dec. 21st, 2012, catapulted our world into a doomsday belief, and people around the globe began to prepare. The calendar itself has been proven to simply be that, a calendar. The most recent Mayan discoveries in Guatemala may display dates that are post December 21st, but that doesn’t seem to stop those that are firm believers. The increased investment in products to assist those that want to survive has been astounding. An entire line of business has been elevated, from creating underground communities to support three hundred people all the way to the simple things such as candles, canned food, guns, ammunition and gasoline. Everyone has taken a guess as to how the end of the world will occur, including a meteor strike on the earth, another flood (of Biblical proportions), our own self-destruction through nuclear bombardment and simply the final effects of global warming. Archeologists as well as scientists and even religious leaders have supported the fact that the Mayan calendar date is simply the end of one era, turning the page for the new era to start. It has been compared to December 31st, and then January 1st for the new year. Survival gear companies are not buying it, and neither are those that firmly believe we are near our doom. Some might say that it is a way to control our destiny, others, that it is just being foolish. 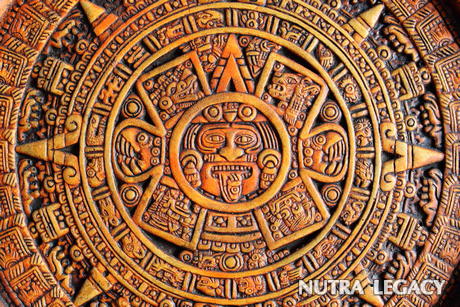 Sources:
Be honest: Apocalypse seems kind of exciting, in a way
The Maya collapsed – could we?
Beyond 2012: Why the World Won’t End
Yucatan ‘s Maya World Studies Center – The Maya Calendar
Will the world end in 2012, like the Mayan Calendar?
Guatemala discovery sheds light on Mayan calendar doomsday mystery
December 21 2012 – End Of The World?
December 21 2012, The official Website for 122112 Information