Our country cousins may not be healthier than we city dwellers

If you ever lived in the country you have an innate feeling of just being healthier. Fresh air, good healthy food from the farm or garden, hard work and easy sleeping nights all seemed to combine to making you generally feel better. Living in a more urban environment has always been linked to pollution, fast paced lives and less healthy lifestyles. These assumptions, however, may not be totally true. 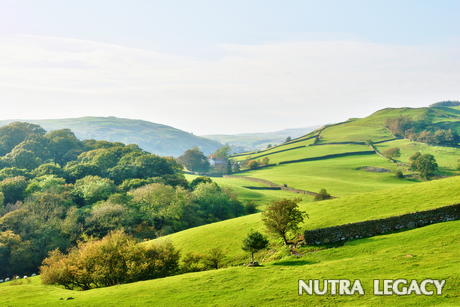 A study was done at the University of Wisconsin involved a comparison of health and lifestyles between those that live in rural, cities and suburbs. The 2010 study involved many areas in the state of Wisconsin and the findings were a bit different than you and I might expect. The purpose of the study was to elevate the states awareness of overall health. While the general environment might be healthier in the rural areas, there are a lot that are impoverished, depressed and have very low economic and social factors. It seems that some of the areas with the least health tended to be in the smaller towns. Forty eight percent of the healthiest areas were ranked in the suburban and urban areas while the unhealthiest areas were rural, ranking at eighty four percent.

It seems that the suburbs had the best ranking overall. This is probably due to better economic conditions: higher income, better health insurance and coverage and better food quality. Some of the city populations did fare well, but others were at the bottom of the list. The factors that were used in the rating included: low birth weight, premature death, disease topics like obesity, drinking, smoking and a combination of data that included employment percentage rates and education along with crime data.

The study was released and the people in Genesee County Michigan took notice. This county was at the bottom of the rankings in the overall Michigan survey. The area was buffeted by a succession of bad events, including a down economy and an additional income problem due to the poor performance by the auto industry.

A variety of areas are using the study to institute changes in their communities and states. This trend seems to be taking a good momentum nationwide as we see school systems offering healthier foods and less sugars and sweet snacks; walk in restaurants and even fast food eating establishments have enhanced their menus for healthier choices. Yogurt, whole grains and salads are becoming the norm on the menus that we see at every turn. Communities around the country are investing in bike paths as well as hiking areas to encourage additional exercise.

While the community gym may still maintain a large membership, there are a lot more people getting up in the morning and walking in the pre-dawn and dawn times and it’s pretty business-as-usual to see our co-workers accomplishing a lunch time power walk along with the light calorie meal. Whether country, suburbs or city, the study was indeed a kind of wake-up-call to focus on health awareness.