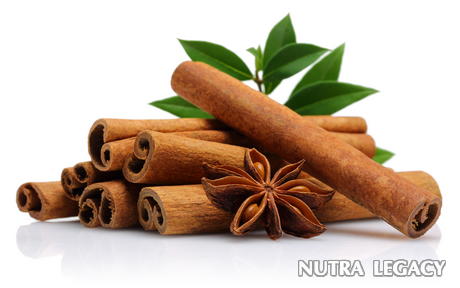 Cinnamon is definitely a powerhouse of taste. A few sprinkles on piece of toast or on top of some apples can add a little sweetness and kick. For diabetics, however, cinnamon extract may be more than just a delicious add-on to favorite foods it may also be an important part of overall blood sugar control. Some studies have shown that cinnamon may play a role in diabetes prevention by helping those at risk of developing the disease keep their blood sugar levels within reasonable parameters.

Some Background on Cinnamon

Cinnamon is not just the name of a spice; it’s also the name of the tree from which the spice is collected. These small evergreen trees were once only found in Sri Lanka and the spice’s name is actually derived from Ceylon, the former name of the country. Up to 1% of the tree is made of aromatic oil which gives the spice its unique and beloved flavor. As early as 2000 BC, cinnamon was being brought to Egypt and other parts of the world. Although the Western world knew about the spice, they did not find out for themselves how to get it until the 16th century when Portuguese traders discovered the island.

One study conducted in Pakistan involved about 60 patients who had been diagnosed and treated for Type 2 diabetes. Although they were on medications for the disease, they had not yet begun taking insulin. Each of the patients were given up to two teaspoons of cinnamon daily for 40 days. At the end of the study, the blood sugar levels had dropped significantly and their insulin production had even improved – a result the researchers had not anticipated. A re-test of levels 20 days later found the results were still in effect.

A more recent study conducted in Sweden with a group of 14 healthy patients found beneficial results for cinnamon, too. Half of the participants were given plain rice pudding; the other half was given rice pudding containing a dose of cinnamon. Those who had the cinnamon in their pudding showed lower blood sugar levels after eating than did the people with the plain pudding,

Why Does Cinnamon Have This Effect on Blood Sugar Levels?

The answer to why cinnamon seems to help patients keep their blood sugar under control can be found in one of the spice’s key ingredients known as methylhydroxychalcone polymer. Most of the research abbreviates the compound as MHCP. The research on MHCP has shown that it basically can function like insulin in the body. For example, it can help open the cells up for the glucose which removes it from the bloodstream. The MCHP can also work with insulin; the two combined actually strengthen one another which is why the subjects in the Pakistan study also saw improvements in their insulin production.

Other Health Benefits of Cinnamon

Another interesting discover from the diabetic research is that cinnamon doesn’t just help reduce blood sugar either. The subjects also saw reductions in their LDL cholesterol levels of up to 26% just by eating some delicious cinnamon every day. More research is needed and is already under way but until then there are plenty of good reasons to add cinnamon extract to your diet.