How to Stop Itching from Ant Bites

How to Stop Itching from Ant Bites 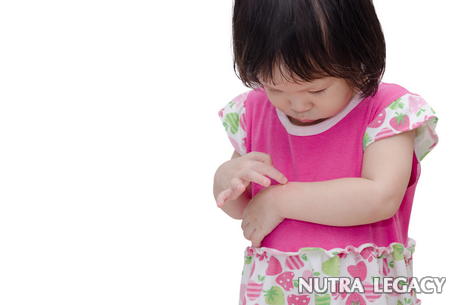 Ants might be small, but they can pack quite a punch. If you’ve been wondering how to stop itching caused by those pesky and sometimes dangerous ant bites, the answers are below.

There are a wide range of ant species in the world. Most ants are normally just a nuisance; however, a few varieties are capable of biting people. Red imported fire ants can both sting and bite. Carpenter ants and acrobat ants, which make their nests inside homes, are also capable of biting.

The latter two types of ants will bite and inject venom into their victims but this is rarely dangerous, though some of these ant bites will leave you desperate to find out how to stop itching from them. While some insect stings may be even useful and applied in treatment like bee stings treatment, the bite and sting of some ants can be very serious and dangerous.

As mentioned above, most ant bites cause itching. In the bite area, you’ll probably notice either one or a series of small red marks on the skin. Before applying any type of medication to the area, you should wash it thoroughly with cool water and soap to lessen the risk of an infection. This is also why you should refrain from scratching as much as possible.

Once the area is clean you can apply topical medications. You can use calamine lotion, Benadryl cream, or a number of other over-the-counter products that are available for itching. If you have a large number of ant bites, you may want to go to your doctor for a prescription strength antihistamine or topical ointment.

While how to stop itching is going to be your primary concern when you’re dealing with normal ant bites, if you’ve had an encounter with fire ants, the story can be very different. That’s because fire ants are more aggressive than other ants. A single fire ant that feels threatened can attack up to eight times and each bite will involve a new injection of venom into the skin.

Immediately after being bitten you’ll experience a reaction to these bites: pain and itching. People who have accidentally stepped into a fire ant mound, for example, and have been stung/bitten multiple times, sometimes report a sensation as if their entire body was on fire. This is where the insect gets its name. Most people see this feeling fade after about 60 minutes. The bite/sting sites then become red bumps with white pustules. Redness, itching, and swelling in the area can continue for a few days.

Next to the treatments mentioned above, you could also try a combination of one part water mixed with one part bleach and apply to the affected area. This has been shown as an effective home treatment against the venom that causes itching and burning.

For some people, fire ant bites can be more serious. About 1 percent of people are allergic to the venom and can face a serious reaction known as anaphylaxis, which can be fatal if not treated immediately. Be sure to watch for symptoms such as shortness of breath, pain or swelling in other parts of the body, and faintness. See a physician immediately if any of these symptoms occur.

5 Responses to “How to Stop Itching from Ant Bites”