Everything in Moderation: Health behind Sunbathing 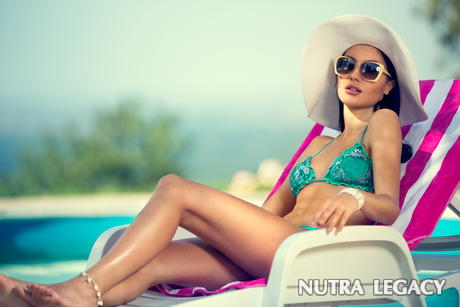 Well as it turns out, beauty isn’t everything.

In a Swedish study conducted in 2000, researchers studied the sunscreen use and sunbathing habits of 1,500 participants between ages 16 to 80, and found higher rates of melanoma among participants who used sunscreen to sunbathe more frequently than participants who sunbathe infrequently without sunscreen. More recently, researchers at the Karolinska Institute in Sweden found that, in a twenty-year study of 30,000 female participants, women who avoided the sun faced double the mortality rate of women in the highest exposure group.

From these two studies, we can generally conclude that–while prolonged sun exposure certainly increases risk of skin cancer–avoiding sunlight entirely is similarly detrimental to your health.

Researchers speculate that participants who avoided sun exposure likely suffered from vitamin D deficiency as a result of their sun aversion. Coincidentally, vitamin D deficiency has been linked to more aggressive types of skin cancer, and is necessary to protect against diseases such as diabetes, tuberculosis, and multiple sclerosis.