Mushrooms are arguably the world’s favorite fungus – not only because many varieties are eatable, but because they provide a myriad of health benefits when ingested. For example, most mushroom species contain fiber, B vitamins, folic acid, potassium, magnesium, phosphorus and vitamin D to varying extents. And, it is the latter which we will briefly discuss here. 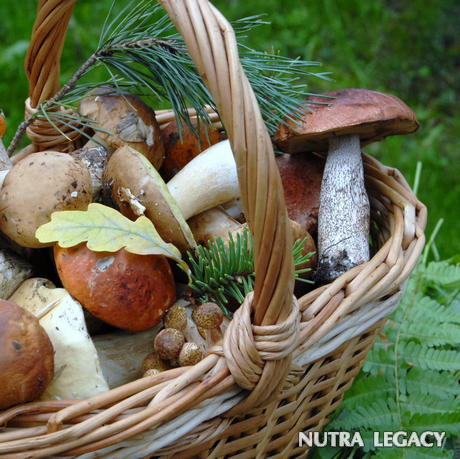 New research shows that mushrooms can actually be supercharged with vitamin D by quick exposure to pulsing ultraviolet light. Professor Robert Beelman and his team at Penn State University found that UV light boosted the level of vitamin D2 in a single serving of mushrooms from virtually zero to more than 100 percent of the recommended dietary allowance in under a second’s time. The researchers, who were awarded a patent for their UV treatment, determined that pulsed light was able to rapidly convert the mushrooms’ ergosterol into vitamin D2 – similar to the human and animal process of synthesizing vitamin D3 out of cholesterol in the skin.

Let us face the truth. Despite an abundance of reports extolling the virtues of the sunshine vitamin, the majority of American diets are still way off balance, and vitamin D deficiency remains a common problem. However, supercharged mushrooms can add a non-dairy source of vitamin D to the equation thereby offering a healthy and viable alternative to supplements and/or less-than-ideal animal proteins.

MichealKalaras, Beelman’s colleague at Penn State, had this to say, “We are hoping that mushrooms that are treated with this technique could be a real benefit for human health by serving as an excellent source of vitamin D and especially as a source for persons who may be at risk of vitamin D deficiency.”
NOTE: Supercharged mushrooms reached even higher levels of vitamin D when sliced prior to treatment and both sets of mushrooms retained these nutrients even after a week of sitting in storage.