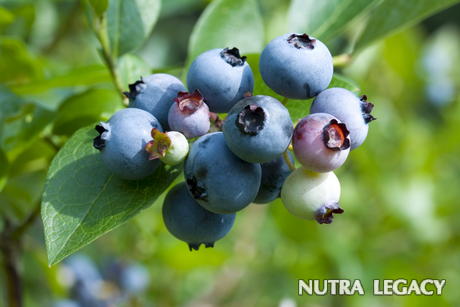 With the number of people suffering from diabetes on the rise, people are anxious to find ways to reduce blood sugar that work and will work consistently. Of course, most people never think to take a look at the muffin they’re enjoying with their coffee. Blueberry leaf extract has been shown to be highly effective not just in lowering blood sugar levels but possibly even in diabetes prevention.

Blueberries are native to North America where they can frequently be seen growing wild. However, they are cultivated in other parts of the world, too. The first U. S. cultivations for the fruit were done on the East Coast and today Maine is one of the country’s largest producers of blueberries. In fact, just to pollinate the bushes that grow the berries in Maine, more than 50,000 beehives must be used. Obviously, the fruit can be used in many different ways but what’s most remarkable is the nutrients and other compounds it contains which can be good for us.

Research studies using blueberry leaf extract have found that it can reduce blood sugar amounts by as much as 26%. In a study of 75 non-diabetic individuals, some were given blueberry extract while others were given a placebo before eating a meal. The placebo group had an average blood sugar level of 142 mg/dL while the blueberry group’s level was only 121 mg/dL. Another study involving patients with Type 2 diabetes found that taking blueberry leaf extract three times a day for two months reduced their blood sugar levels by an average of 33 mg/dL.

Why does a simple fruit have such a startling effect on blood sugar? Blueberry leaf extract contains a compound called caffeoylquinic acid. This compound is believed to inhibit an enzyme in the body known as glucose-6-phosphatase which is used to convert the sugars in food into blood sugar for our bodies. When the enzyme is inhibited, less of the glucose is converted which means less will be leftover in the bloodstream.

The blueberry, like many fruits, is rich in vitamins and other nutrients your body needs during the day. However, it’s also one of the lowest foods on the glycemic load index. It ranks about a 4 on a scale of 100. That means you can eat blueberries without having to worry as much about their sugar content.

Like cherries, blueberries also contain anthocyanins (this is the pigment responsible for the blue coloration) which are great compounds for fighting inflammation, including internal inflammation which may be linked to cardiovascular disease. Plus, these compounds can work as antioxidants which prevent some of the damage done by diabetes in the body. For example, it can stop the damage to the blood vessels leading to the retina. This damage causes vision loss and is the leading cause of blindness in the United States.

Blueberries have also been shown to lower the levels of triglycerides in the blood – triglycerides are related to cholesterol and can increase your risk of developing heart disease. Evidence also suggests blueberry leaf extract could help protect the brain from developing mental illnesses, Alzheimer’s disease, and stroke-related damage.