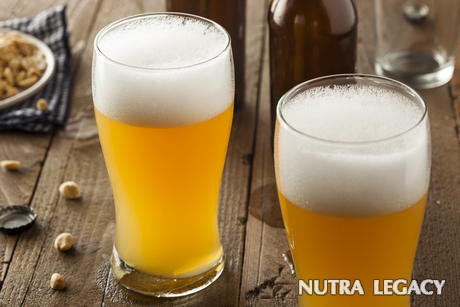 You may have heard of some studies that suggest drinking alcohol could actually reduce your risk of developing heart disease. While some studies have suggested this, it’s important to consider that drinking too much can have the opposite effect. In fact, drinking can cause heart problems for several reasons.

Research that has shown that moderate drinking can help increase levels of HDL (high-density lipoproteins) in the body. Of course, moderate means having only one glass of wine or a single beer for women and two for men. Unfortunately, many people have a hard time stopping at one.

There are equally good, if not better ways to increase these “good” cholesterol levels. For example, if you are overweight, dropping about 10 percent of your overall body weight and increasing your activity level can boost this number. Also, this option and others that are similar do not pack the same potential drawbacks.

Good Reasons Not to Drink Alcohol

If you’re concerned about heart disease, adding alcohol to your lifestyle may be a bad idea. For one, some people are at a higher risk than others for developing alcoholism. As an alcoholic, a person can become so addicted to the intoxicating effects of alcohol that it becomes very difficult to stop. While it may begin with one or two servings of alcohol a day, a person could end up drinking a great deal more and might even turn to more potent alcoholic beverages such as hard liquors.

Whether alcoholism develops or not, binge drinking could also place you at a greater risk for developing heart disease. Taking in too much alcohol at one time can cause the heart beat to become irregular. Also, if you overindulge too frequently your heart can become enlarged (known as cardiomyopathy), which can make physical activity more difficult.

Research has also shown that drinking too much on a regular basis can cause other problems. Even though moderate drinking has been shown to reduce blood pressure, consuming three to four servings a day can actually increase blood pressure, and elevated blood pressure is one of many risk factors for heart disease.

Other Consequences of Alcoholism

Drinking too much can have other effects on the body as well that could increase your risk of developing heart disease. For example, alcoholic beverages often contain a large amount of calories. On average, each 12-ounce can of beer contains 150 calories. If you drink four cans, you’ll have consumed the caloric equivalent of a Big Mac. Something else important to consider is that while you may be getting calories from drinking, you won’t be receiving any important nutrients, and if you’re trying to watch your caloric intake, one beer could equal as much as 10 percent of all the calories you should have in a single day.

It’s well-known that when you take in too many calories you gain weight. Research shows that being overweight greatly increases the risk of heart disease as well as other health problems. An example of one of these health problems is diabetes, which can only further increase your risk for developing heart disease.

Although the average person is able to control his or her drinking enough to possibly reap any potential heart health benefits, it’s difficult to tell who will develop alcoholism. What is known, however, is that drinking can increase your risk for developing heart disease, and, as a result, may lead to death. The risk, in this case, outweighs the benefit.

2 Responses to “Alcoholism and Heart Disease”