A cold and flu transmitter? The truth behind the ‘dangers of the vuvuzela’.

The vuvuzela, a long plastic horn, is undoubtedly the most popular item in the soccer culture of the country where the World Cup is currently being held – South Africa. Since the World cup started a month ago, various articles have been written about the dangers of the vuvuzela. The main supposed dangers that have been reported are that the horn can spread colds and flu or the flu virus, that it can cause irreversible hearing damage, as a result of the fact that it can emit sounds of up to 130 decibels. 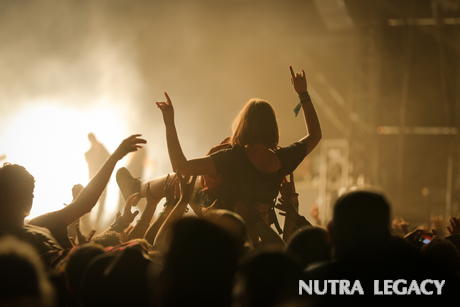 According to Dr. Ruth McNerney from the London School of Hygiene and Tropical Medicine, “the vuvuzelas have the potential to spread the flu virus as a lot of breath goes through the vuvuzela,” and she added that these horns can infect others on a much greater scale than just coughing or shouting. This has come right in the middle of the flu virus season in South Africa.

However, with the World Cup nearing an end, according to all the available sources about the injuries that have occurred as a result of the vuvuzela, only two credible stories have emerged.
Firstly, a South African Yvonne Mayer was injured by the horn in a totally unexpected way: she was unable to speak or eat for two days after her windpipe was injured from blowing into the horn.

As she said “I was walking towards the Fan Park in Cape Town and blowing it as hard as I could when my throat started to really hurt. The doctor explained that I had ruptured my throat by blowing into the horn too hard! So as a result I was not allowed to eat or speak for getting on two days!”

Two days later, Sven Wipperfürth was watching Germany play Australia at
an outdoor screen in his hometown of Neuss, Germany. When Germany scored its first goal, a fan close by blew into a vuvuzela particularly loudly right into his ear. As a result he was diagnosed with a temporary form of tinnitus: which is a physical condition in which you experience a noise or ringing in your ears even when there is no external noise.

So, with the World Cup nearing a conclusion, and the reign of the notorious vuvuzelas coming to an end (outside South Africa at least), despite the concern from so many quarters about the dangers it poses, it has turned out to be an annoying, but ultimately benign instrument.

As always, the initial media hysteria about the dangers of the vuvuzela was at best an exaggeration, but most likely complete fabrication. Most people agree that these horns have been a nuisance in the world cup, but at least we can say that there has been no cold and flu epidemic in South Africa because of them, and certainly no irreversible hearing damage!

More information about vuvuzela injuries can be found here: foxnews.com

No Responses to “A cold and flu transmitter? The truth behind the ‘dangers of the vuvuzela’.”