What Lies Behind Diastolic Heart Failure 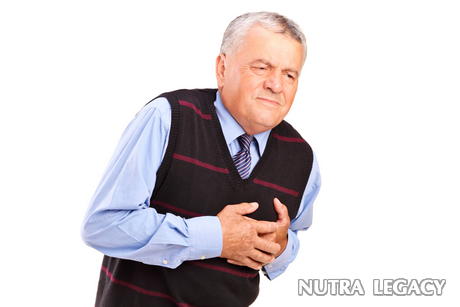 Heart disease and heart failure are some of the leading causes of death in the United States and other parts of the Western world. Until relatively recently, most physicians viewed heart failure as a problem associated with the organ’s ability to pump blood effectively through the body. Recent research has uncovered a second cause: diastolic heart failure.

The Basics of Diastolic Heart Failure

To understand diastolic heart failure, you need to first know a little bit about the way the heart works. The American Heart Association (AHA) explains that there are two parts to each “pump” of your heart. The period of heart contraction is known as systole and the period of heart relaxation is known as diastole. As the name suggests, diastolic heart failure is associated with this latter stage.

The AHA further explains that problems with the diastole stage can cause problems that are just as significant as those interfering with the pumping stage. When this problem occurs, the lower two chambers of the heart (the ventricles) do not relax as they should, and since the chambers are already under pressure when they go into the next systole phase, the blood can’t fill the ventricles properly.

People who have problems with diastolic dysfunction can experience pulmonary congestion and systemic congestion, which involve increased fluid and pressure in the blood vessels of the lungs and back to the heart, respectively. Prolonged problems can lead to diastolic heart failure in which part or all of the heart ceases to function normally.

An article published in the American Family Physician journal indicated that there were a number of possible causes for diastolic heart failure and dysfunction. One of the main problems is cardiac ischemia, which refers to a blockage that prevents oxygen-rich blood from reaching the heart.

Another cause can be aortic stenosis. With this condition, the aortic valve narrows and does not open as it should. As a result, it cannot function properly and may even calcify. The valve is located between the left ventricle and the aorta. That ventricle is supposed to pump blood into the aorta – the largest artery in the body – so oxygenated blood can reach the rest of the body. When the valve fails to work properly, the blood can back up into the ventricle and even into the lungs.

What the study concluded was that the current methods of detecting heart problems only focus on pumping problems. That means filling problems, such as the ones that lead to diastolic heart failure, frequently go undiagnosed. The physicians also suggest that patients who have not previously been diagnosed with heart problems may be at risk because they may have diastolic dysfunction that has not been recognized.

Co Q10 200 Sublingual is a natural supplement that supports cellular energy and a healthy cardiovascular function.