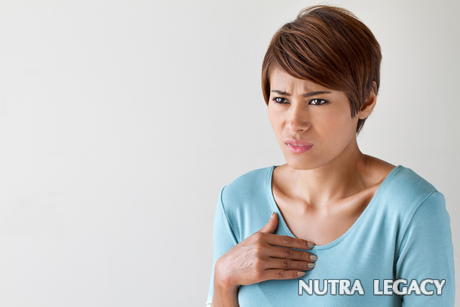 Fast food obesity is increasing at an alarming rate throughout the United States. Every year the CDC publishes the data that is showing the increase of obesity across all of the U.S. states. Unfortunately, fast food obesity is a major risk factor of ten very serious diseases and health problems. Most of us don’t wonder why. We have a fast paced lifestyle that includes full time jobs as well as working vacations. We can’t escape email or communication as our smartphones never let us get away. We are putting longer working days with less time for relaxation and family. So by the time meal time arrives, we grab whatever is fast. Even if you have a normal meal, when you finally sit down to watch television, every member of your household is bombarded with specifically targeted food marketing. From burgers to pizza to restaurants, food is a mainstay of commercial intensity from 6 pm to 10 pm every night. It is important to know the side effects of our fast-food-paced life, as the medical consequences are proving to be rather harsh.

Of all the diseases caused by fast food obesity, heart disease is one of the most common and most devastating. Large amounts of body fat usually result in higher levels of LDL cholesterol and lower levels of HDL. Both factors can increase your risk of heart disease which is the number one cause of death in the United States.

One of the fastest growing obesity related diseases is diabetes. With diabetes, your pancreas can not produce enough insulin to covert sugars into energy for your cells. The rest of the sugar ends up floating around in your blood and causing damage.

Dyslipidemia could be considered a junk food obesity related illness. That’s because the disease occurs when LDL levels and triglycerides are abnormally high. Having this condition puts you at greater risk of coronary heart disease, and most physicians attribute its development directly to weight gain.

Women who are overweight or obese have a higher likelihood of developing this disorder which is one of the main causes of infertility in females who are within reproductive age. The condition causes irregular menstrual cycles and excess hair growth. Additionally, the disease is associated with insulin resistance which means it is also a factor in the development of diabetes in women.

Many people with weight problems attribute their lack of energy to their size but many of them actually have a disorder known as sleep apnea. While sleeping, you literally stop breathing and this causes you to wake up suddenly. You may be unaware of the sleep disruption but it does prevent you from getting a restful sleep and can sometimes be dangerous.

While most people think of arthritis as a disease for older people only, the condition is simply caused by strain on the joints over time. When you wear more than your body can handle, the strain is greater and causes arthritis to develop much earlier.

Obesity is especially dangerous to growing children. Blount’s disease is a condition that develops when too much weight is placed on the growing bones in the lower half of the body. This extra weight can cause growth to be abnormal.

Just as being overweight puts more stress on your heart, it also causes your lungs to work harder in order to get the oxygen needed where it needs to faster. Plus, conditions such as plague build-up from high cholesterol in the arteries can make it harder for oxygen to move free through your system. Breathing problems, including asthma, are also more common in obese people.

Sometimes the body has problems breaking down all of the fatty foods we eat and dealing with the fat appropriately. As a result, fat can build-up around the liver. This condition can end up causing scarring and inflammation of the liver, as well as permanent liver damage.

A stroke is caused by a blockage in the arteries supplying blood to the brain. When the blood and the oxygen it carries can’t reach the brain, the cells begin to die off causing permanent brain damage and even brain death. These blockages are more common in overweight people because they are more likely to have high blood pressure, high cholesterol, and/or plague build-up which increases the risk of this life-threatening condition.
Well now that you are sufficiently shocked at all of the harmful things fast food can do, there are a few things you can do to avoid the fast food trap: Carry some tasty nutritional bars in your purse or car for a snack. These will help to curb your hunger and assist in making a smart meal choice. Turn the television commercials down in volume. Yes, you will still ‘see’ the picture, but walk away from the television, even planning a quick walk outdoors. If you must go to a fast food restaurant, there are some that are adding healthy choices such as yogurt, high fiber salads, low fat chicken sandwiches.