Policosanol Decreases the Viscosity of the Blood 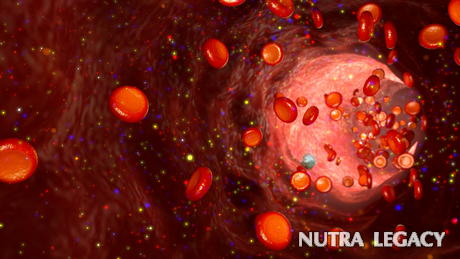 Most people today are very concerned about their risks of developing heart disease and other cardiovascular problems. As a result, they are constantly on the lookout for alternative medications or treatments that could help improve their health and possibly save them from these serious complications down the road. One of those alternatives is policosanol.

Policosanol comes from the wax of sugar cane. The wax is consumed as a supplement that is supposed to help improve heart health by lowering LDL numbers. Unlike other sources of policosanol, such as beeswax and wheat, only the sugar cane variety is believed to be effective in reducing cholesterol levels.

LDL (low-density lipoproteins) plays an important role in the development of heart disease because they can build up in blood and cause the formation of plague in the arteries. Not only is policosanol supposedly able to reduce the amount of LDL in the body but it can also help reduce the damage caused by existing LDL build-ups. Some research also suggested that the plant chemicals could increase HDL cholesterol which also helps combat LDL in the body.

Additionally, policosanol may help decrease the viscosity of the blood so it is not as thick. That means it will keep flowing smoothly.

The big question, of course, is does this plant wax work? Initially, most people would have said that it did. A large number of double-blind studies were emerging from Cuba where the product originated showing impressive numbers. Some of the studies showed LDL reductions by as much as 30% and HDL increases by around 28%. Unfortunately, the reliability of those first studies was questioned because they were conducted by the company which owns the patent for policosanol.

Additional studies have been done outside of Cuba in an effort to recreate those amazing results, but the findings have not been promising. One German study found that the LDL reduction provided by policosanol was no better than that of placebos given to 192 subjects over the course of twelve weeks. And that’s even when combined with a diet intended to reduce cholesterol levels, too.

Another study involving nearly 150 subjects located throughout the world also failed to find the promised improvements associated with policosanol.

While the research does seem to suggest that policosonal may not be the wonder drug that reduces cholesterol, that doesn’t mean it has no health benefits. No thorough investigation has yet been done to disprove claims that it decreases the viscosity of the blood – a feat which in itself has significant health benefits. Furthermore, the studies did not explore the plant chemical’s affect on the scar tissue that resulted from a previous plague build-up in the body.

Taking policosonal simply to reduce your LDL numbers might not be the wisest choice given the most recent research but if you are interested in these other benefits and suffer no side effects from taking the supplements then it might be worth the effort after all, at least until the next round of research comes out.

2 Responses to “Policosanol Decreases the Viscosity of the Blood”